Newcastle turned down PSG move for Mitrovic - The Gambling Times 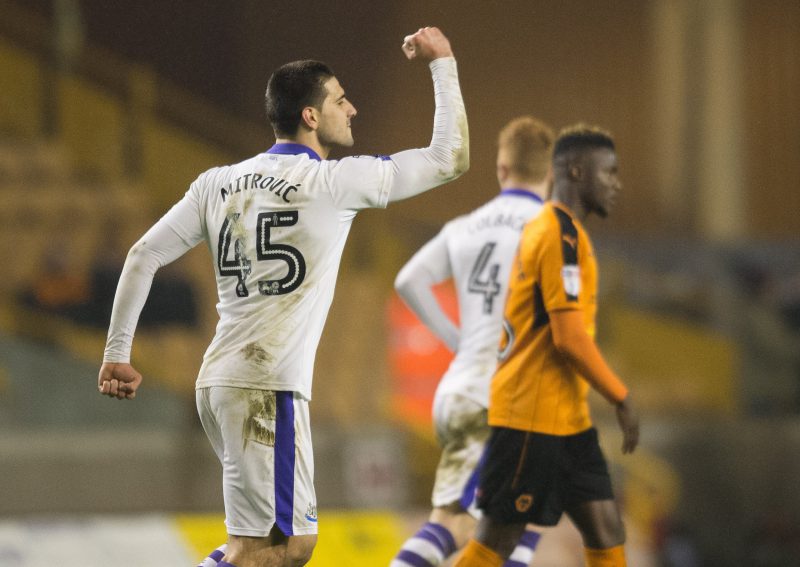 The 22-year-old is very highly regarded on the continent and he scored 9 Premier League goals last season following his £13million move from Anderlecht.

He has been in-and-out of the side this season and has started just seven league games but Newcastle’s hierarchy remain convinced that he will come good.

A number of clubs have been keeping close tabs on Mitrovic but we can reveal PSG made an approach and were willing to pay £15million for him but Newcastle said no.

A source confirmed told us: “An enquiry was brought to Newcastle but they didn’t entertain it, they rate him highly.”

Many clubs in Europe still think Mitrovic is a huge talent and Newcastle clearly do too.

Our Football Insider Graeme Bailey revealed: “Many clubs in Europe still think Mitrovic is a huge talent and Newcastle clearly do too.

“He had the likes of Atletico Madrid and Porto after him when he joined Newcastle, and that is no fluke. Newcastle clearly want to see him in the Premier League again and barring a huge blow-up, he will get that chance next season.”

TheGamblingTimes.com spoke with Ladbrokes about Mitrovic’s situation and spokesman Dave Burin told us: “We reckon Newcastle might have to adapt to life without Mitrovic next season, with a host of clubs keen on his signature and the Eagles soaring to the top of the betting.”

To leave Newcastle in the summer
6/4
Ladbrokes