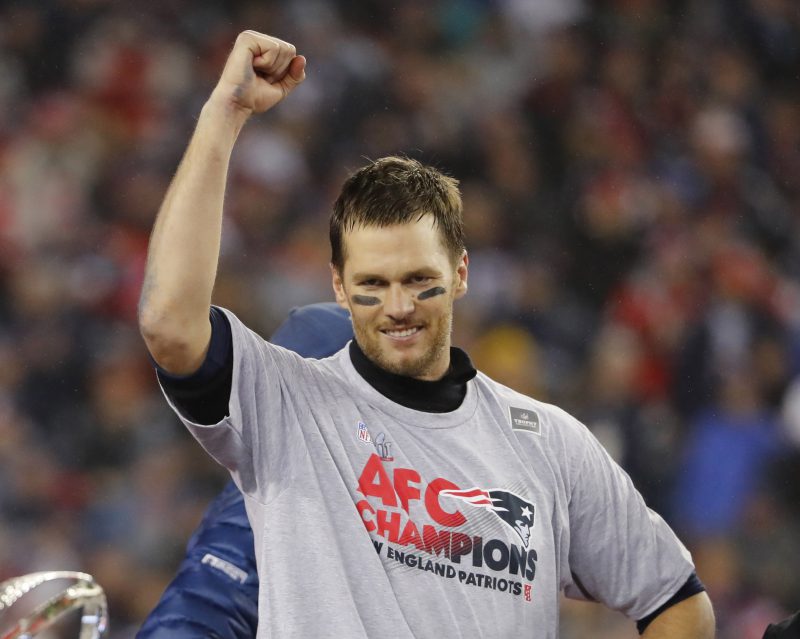 The record breaking New England Patriors are already being made favourites to lift the 2018 title.

New England, led by the legendary duo of quarterback Tom Brady and head coach Bill Belichick clinched an unprecedented fifth title together on Sunday as they came from 26 points down to seal a 34-28 win in overtime.

For much of he game in Houston, it seemed The Falcons were set for their first ever win as they dominated for much of the game before Brady and his brilliant team stepped up to grab the win in the greatest comeback the Super Bowl has ever seen.

William Hill were quick to install them 5/1 favourites to win Super Bowl LII, with defeated rivals Atlanta Falcons second in the list at 8/1 alongside the Dallas Cowboys.

“We live in the time of Tom Brady and if he chooses to continue his magnificent career, we think the New England Patriots are favourites to be crowned Super Bowl Champions again in 2018,” said William Hill spokesman Jon Ivan-Duke.

“All things considered it was a pretty good win for the bookies, but quite honestly that is the game that makes a million fans and we will surely see the benefit of that in the coming years.”

We preview Divisional Weekend in the NFL, which is now down to the final eight teams.