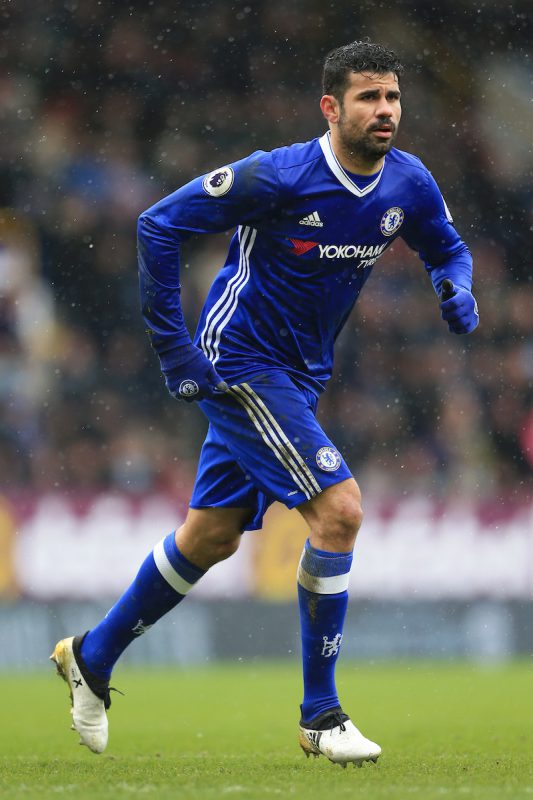 TheGamblingTimes’s Football Insider Graeme Bailey understands contract talks between Chelsea and striker Diego Costa are progressing well, but bookmakers are taking no notice as they still feel he will leave this summer.

Costa fell out with Chelsea in January, amid interest from the Chinese Super League, who wanted to make him the most expensive player in the world and the highest paid.

Costa was keen and told Chelsea as much, which lead to him falling out of favour, for a time, with boss Antonio Conte – who had no qualms about leaving his star striker out. Costa has since smoothed things over and is back leading the line. He is also now close to agreeing a new deal and a hefty pay-rise.

Our Football Insider Graeme Bailey confirmed to us: “Talks are ongoing and I am told that although close, nothing has yet been agreed but it does look like he will become one of the most well paid players in England.

“He will become one of the most well played players in England.”

“However, even if he signs for 10-years – that will not stop speculation and this summer expect it again, as we know from sources close to Costa in January – that he was willing to move to the Far East.”

And the bookmakers are also thinking that a new deal with have no/or little bearing on his plans.

Even with news of Costa’s new deal – Ladbrokes are pricing him at 8/11 to leave this summer and 2/1 to move to China.

Ladbrokes News’ Richard Marsh said: “Costa may be about to put pen to paper on a new deal, but our odds say the Spaniard will be moving on this summer regardless.”

Odds on for Costa to quit
8/11
Ladbrokes