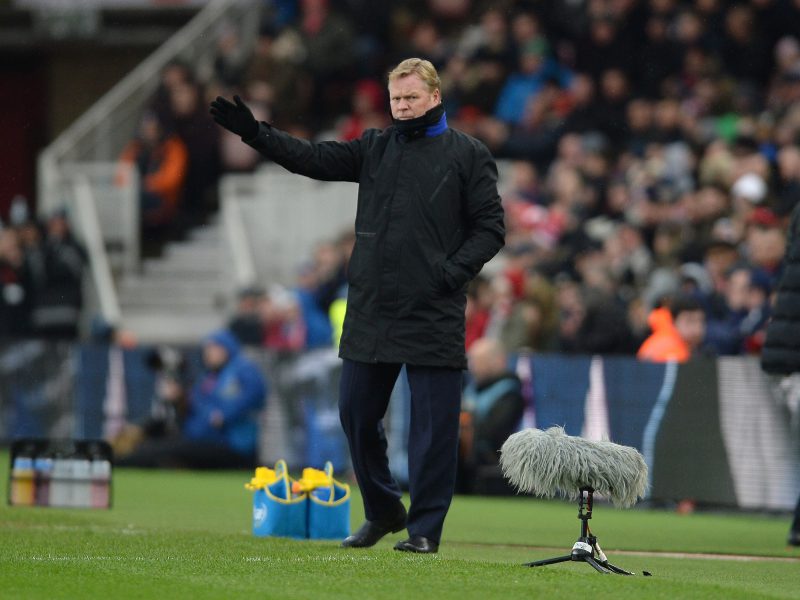 Everton manager Ronald Koeman is amongst the early favourites to be the next boss of Barcelona as the pressure grows on current incumbent Luis Enrique.

Enrique saw his side – who were favourites for the Champions League ahead of their game with Paris Saint Germain on Tuesday – humbled 4-0 in the Parc Des Princes.

They are now set to go out of Europe, and with Real Madrid currently leading in La Liga – Enrique’s future is far from certain. His current deal is due to expire in the summer and it looks like he will be leaving come the end of the season.

We spoke with Bleacher Report UK’s Football Insider Dean Jones for his take on the Enrique situation, and he told TheGamblingTimes.com: “It is difficult to find many reasons why Enrique should keep his job.

“It’s not the fact they lost 4-0 to PSG, it’s a defeat like that had been coming. There have been warning signs and that defeat was the humiliating end result.”

A host of names are already being linked but leading the way at 2/1 is Sevilla’s Argentine coach Jorge Sampaoli – but Everton’s boss Koeman – a Barca legend as a player – is also very short in the betting at 5/1.

BetVictor’s Head of Ante Post Football Michael Triffitt said:  “As always there are many possible candidates been touted to replace him. Many fans would be happy to see Jorge Sampaoli given the role and he is 2/1 favourite in our market. The Argentine is fast becoming one of the most respected managers in world football after improving Sevilla.

Current assistant manager Juan Carlos Unzue may be considered but is a 12/1 shot. Borussia Dortmund’s Thomas Tuchel has been linked with Arsenal and will be mentioned for Barcelona and is 8/1.

“Current Everton boss Ronald Koeman is 4/1 after been popular previously.  This A fascinating market with many potential names floating about.”

Koeman one of favourites to replace Enrique
5/1
BetVictor