Wenger boys on the brink after Bayern thrashing - The Gambling Times

Wenger boys on the brink after Bayern thrashing 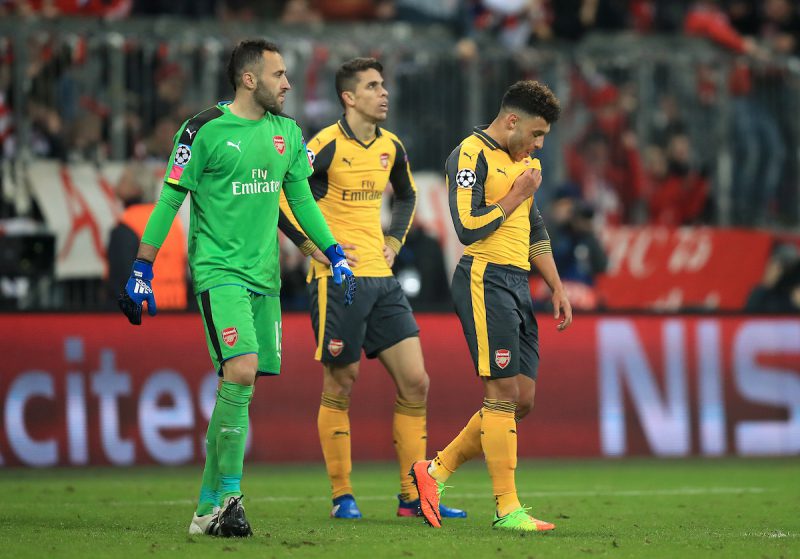 Arsene Wenger’s Arsenal are once again set to bow out of the Champions League in the last 16 stage after a 5-1 hammering at the hands of favourites Bayern Munich.

Bayern underlined just why they are the favourites for the competition after a masterclass in the second-half at the Allianz Arena.

Arjen Robben had fired Bayern ahead after 11 minutes but Alexis Sanchez struck to make sure Arsenal were level at the break.

But Arsenal could not react to a second-half thrashing from Carlo Ancelotti’s men. Robert Lewandowski put Bayern ahead on 53-minutes before Thiago helped himself to a double.

Thomas Muller rounded off the scoring with two-minutes left. Arsenal are now all but out with bet365 quoting them at 25/1 to qualify. Arsenal have gone out at this stage in each of the last six seasons.

Safe to say Bayern are happy with how tonight went! #UCL pic.twitter.com/iRyaZJ28tp

Bayern are now 11/4 favourites for the competition and second favourites are Real Madrid at 4/1 – as they are well on course for the quarter-finals after a 3-1 win over Napoli at the Santiago Bernabeu.

Lorenzo Insigne had put Napoli ahead after eight minutes but Karim Benzema soon levelled for the home side.

Real moved up a gear in the second-half and grabbed two goals in the opening ten-minutes with Toni Kroos and Brazilian Casemiro firing home.

The defending champions now have one foot in the the last eight and are still on course to become the first side in the Champions League era, and since AC Milan in 1990, to win back to back titles.