There’s more good racing to look forward to on Saturday with the meetings at Ascot, Haydock and Wincanton all putting on some competitive racing.

We may be less than a month away from Cheltenham now but there is still enough time for horses to put their credentials for the Festival on the line.

Chief among them is Cue Card, who was brushed aside by stable companion Thistlecrack at Kempton on Boxing Day.

The Ascot Chase represents a much more straight forward assignment for the veteran, who will be fully expected to remain on target for the Gold Cup with an easy victory despite taking a drop in trip.

All eyes will turn to Wincanton at 2.45 for the Kingwell hurdle where Yanworth bids to cement his position towards the head of the Champion Hurdle betting against five rivals.

As low as 7/2 with some firms for the showpiece on day one of the Festival, Alan King’s horse put up his most impressive performance yet when winning the Christmas Hurdle last time out.

A minor setback forced him to miss his intended prep race at Sandown but he is expected to be fit enough to do himself justice here, with cheekpieces on for the first time.

The opposition is strictly second division standard, and they have plenty to find on the book, although King’s second string Sceau Royal has plenty of scope for improvement and could give the favourite a run for his money if coping with the soft ground.

Such terrain won’t be a concern for Black Narcissus in the opening race at the West Country venue, and she appears to have been found another weak race by her shrewd trainer. The eight-year-old has stamina in abundance and is expected to follow up her recent Catterick success.

The 3.55 at the same track looks competitive but I’m convinced there is a big effort around the corner from Gardeforte, who absolutely revels in soft ground.

The form of his latest effort at Doncaster looks strong, and he can improve on that run with more give underfoot on this occasion. The faster they go up front, the better his chance. 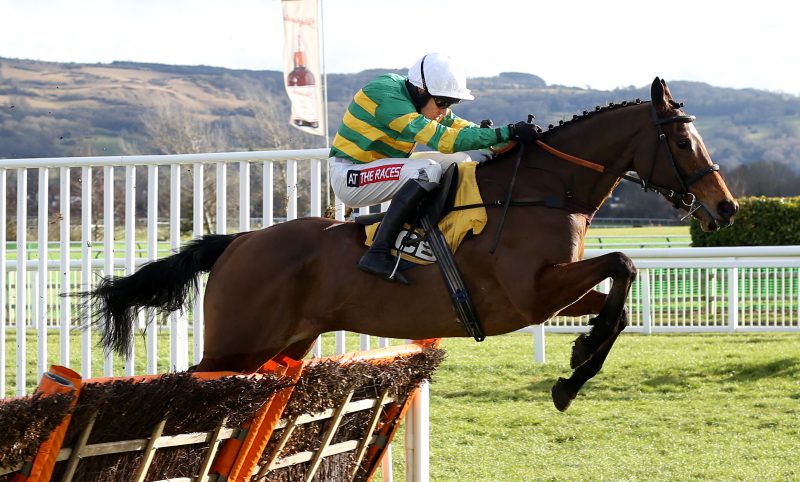 Back at Ascot, Label Des Obeaux has the form to go very well in the Reynoldstown Novices Chase at 1.50, while in the Swinley Chase Chef D’Oevre looks a really good bet against largely exposed rivals.

The six-year-old relished the desperate conditions when winning at Hereford last time out and although the ground may have accentuated his superiority, it could be that the handicapper has under-estimated the effort.

This is a tougher assignment but with Jamie Bargary taking off 3lb he can make the most of a feather weight and hopefully make all the running.

On a good Haydock card, Agrapart is expected to take all the beating in the Rendlesham Hurdle, while Aqua Dude looks ready to step up on previous efforts over fences in the 4.20 under Sam Twiston-Davies.

In the feature race at 3.15 – Grand National Trial – Vieux Lion Rouge is a tentative selection in what promises to be a fiercely competitive event.