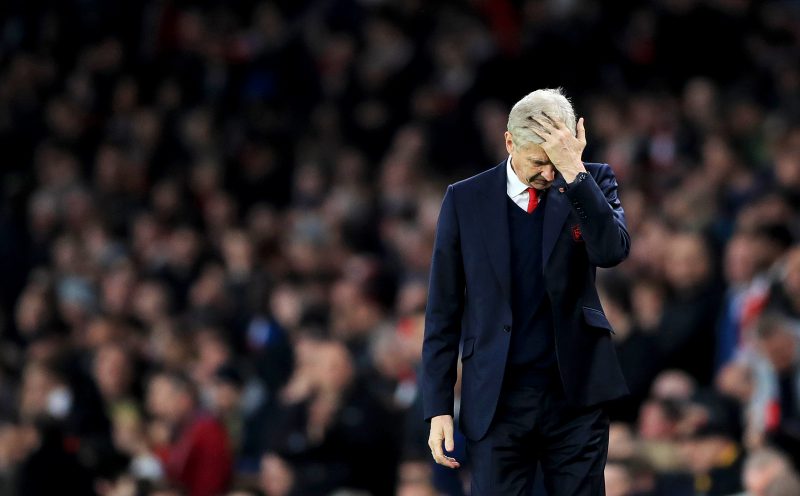 Arsene Wenger has come out fighting, insisting he will not be quitting management and he will be managing somewhere next season, be it at at Arsenal or not.

The French tactician is coming under mounting pressure to reveal his future plans, with his current contract set to expire in the summer.

“No matter what happens I will manage for another season. Whether it’s here or somewhere else, that is for sure,” Wenger said on Friday at his weekly press conference.

No matter what happens I will manage for another season. Whether it’s here or somewhere else, that is for sure.

“If I said March or April it is because I didn’t know. I do not want to come back on that.

“I am used to the criticism. I think in life it’s important to do what you think is right and all the rest is judgement. I am in a public job and I have to accept that, but I have to behave with my values.”

Wenger has been in charge of Arsenal for over 20-years, and is the longest serving manager in Europe and no matter what, he is proud of what he has built in North London.

“We let everyone judge and criticise, we have to deal with that. We have to bounce back, that is what life is about,” he continued.

“Even if I go, Arsenal will not win every single game in the future. It is not like before I arrived Arsenal had won five times in the European Cup.

“What is important is that the club makes the right decision for the future. I care about this club and its future and it is very important the club is in safe hands.

“The main emotion is everyone has a big disappointment. We have to regroup and refocus on the next game, and to take care of the consequences a disappointing result can have on everyone’s spirit.

“We have to focus on the real problems and they are the way we play football, not my future.

“It is always important not to look for wrong excuses in life.”

WilliamHill spokesman Joe Crilly told TheGamblingTimes.com: “We are more than happy to keep our odds as they are, they changed after the loss on Wednesday but we will stick with this at the moment as everyone takes things into account, plus there has not been lots of money coming in.”

To be in charge of Arsenal next season

Next job for Wenger

To be in Chinese Super League
12/1
WilliamHill