Gigginstown trio taken out of national betting - The Gambling Times 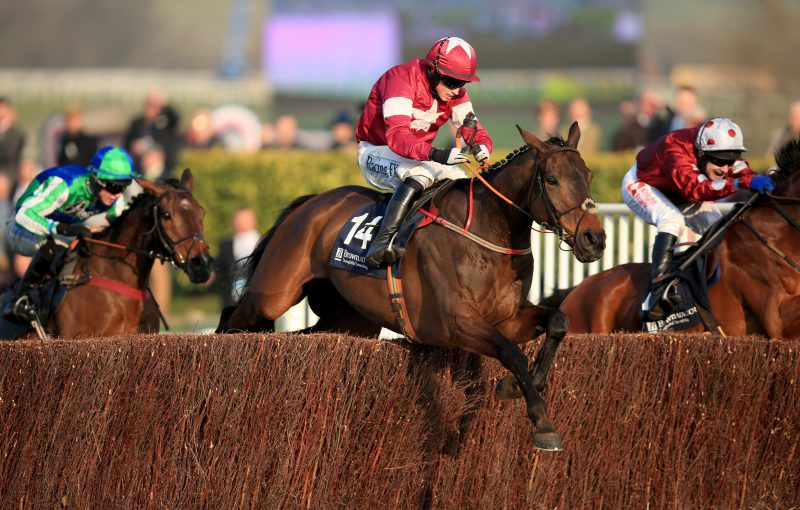 A host of bookmakers are starting to take the fancied Gigginstown trio of Don Poli, Empire of Dirt and Outlander out of the betting for the Grand National.

Gigginstown House Stud remain unmoved on their stance with their three horses who were given amongst the top weights for the world’s most famous handicap, which takes place in April.

Don Poli, Empire of Dirt and Outlander will all feature at Cheltenham next month, but O’Leary – whose Rule the World won the national last year – will not be taking his big three fancies to Aintree, as things stand.

O’Leary has been vocal with his criticism of the British Horseracing Authority’s chief handicapper, Phil Smith, who decides the National weights.

The Ryanair supremo said: “Outlander, Don Poli and Empire Of Dirt they can go for other races in Cheltenham, Aintree or come back for the Irish Grand National.

“They’re not running at the top of the weights (at Aintree). I think it would be a danger to the welfare of those horses”

“But they’re not running at the top of the weights (at Aintree). I think it would be a danger to the welfare of those horses. We lost Hear The Echo in 2009, he was carrying 8lb more than his handicap weight.

“These are well-exposed horses, it’s not like we’ve been running in hurdles all year long.

“Don Poli has run three times in Grade Ones (this season) and been beaten in all of them, and yet Phil Smith has him up at 165, 5lb less than Thistlecrack.

“I think if he runs against Thistlecrack in the Gold Cup he’ll be beaten two furlongs.”

Vieux Lion Rouge is now rated favourite for the Grand National across the board, following an impressive display at Haydock over the weekend – but the fact Don Poli and Empire of Dirt are no longer n the reckoning, has also played its part.

BetVictor spokesman Jack Milner said: “BetVictor cut the Grand National trial winner to 14/1 from 20s in the aftermath of his Haydock success but, with the trio of Empire of Dirt, Outlander and Don Poli being ruled out of Aintree by connections over the weekend, we now make the Pipe runner our 12/1 favourite for Aintree success. He already shows he acts over the national fences and is likely to be a single figure price on the day.”

BetVictor are one of a number of bookmakers who do not believe that O’Leary will change his mind, although you can still back the Gigginstown trio in some places – if you believe he will.