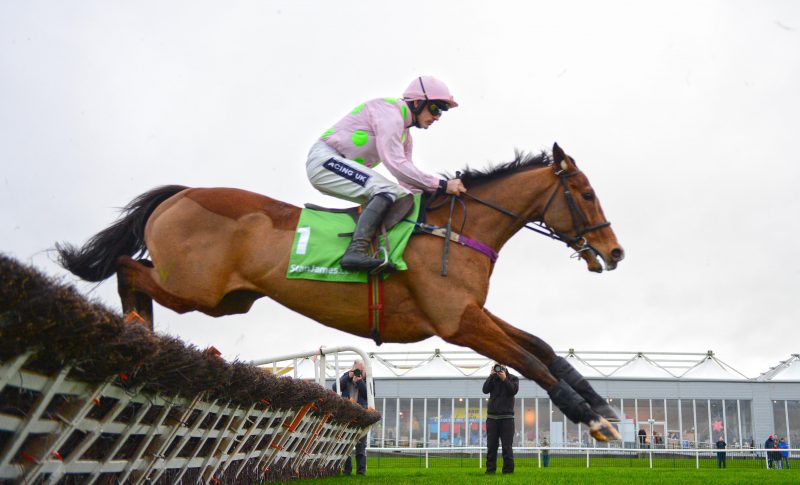 Limini produced an impeccable display in the Quevega Mares Hurdle at Punchestown on Wednesday and was immediately installed as the new favourite for the Mares’ Hurdle at the Cheltenham Festival.

The previous favourite for the big Mares race next month was Apple’s Jade – but she was shown a fresh set of hooves by the impressive Limini – trained by Willie Mullins, who will be pleased to have got one over on his former charge, who was one of the Gigginstown House Stud horses moved to Gordon Elliott.

“I suppose both mares will have a bigger target in 20 days,” said Limini jockey Ruby Walsh after the race.

“We steadied up to the fourth last and it turned into a bit of a sprint to the last. We always knew she wasn’t short of pace and it was a good performance, so onwards and upwards.”

A stunning seasonal debut from Limini in the Quevega Mares Hurdle at @punchestownrace. She quickens up nicely to beat Apple's Jade: pic.twitter.com/SOnVZHP6tq

The daughter of Peintre Celebre is now moved into 6/4 from 4/1 whilst Apples Jade has moved out to to 9/4 from 6/4. Limini could also yet go in the Champion Hurdle, for which she has an entry, and is rated at 8/1 for that.

Liam Glynn, BoyleSports spokesperson said “Limini was very impressive on her reappearance at Punchestown and as a result she has shot to the top of the Mares Hurdle and is now the 6/4 favourite to win the race.”