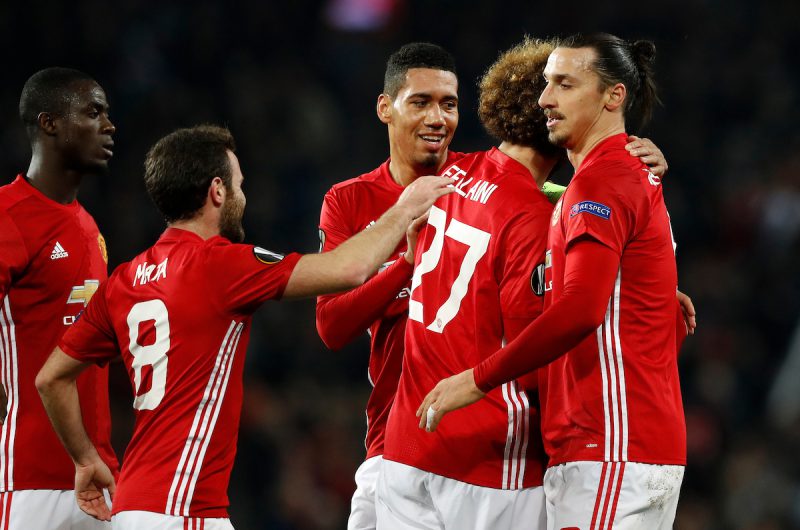 Manchester United’s odds to win the Europa League and a cup treble have been cut further after the draw for the round of 16 was made.

Jose Mourinho’s side have long been seen as the favourites for the competition, and they were cut on Thursday night when big names such as Tottenham and Shakthar Donetsk were knocked out.

Now United have been drawn against Russian outfit FC Rostov and although Mourinho will not be happy about the travelling involved – he will be pleased to have drawn what looks like one of the weaker teams.

United are now as short as 7/4 from 2/1 to win the Europa, whilst the cup treble remains firmly an option and they have been cut to 14/1 for that.

We spoke to BetVictor’s head of Ante Post betting Michael Triffitt for their reaction to the draw and he said: “Manchester United shorten to 7/4 favourites from 2/1 after been paired with Russia outfit Rostov who are sitting in mid table in their domestic league.

“Tie of the round saw second favourites Roma ease to 6/1 from 5/1 after been handed a tough game with free scoring Lyon who are 12/1 from 10/1 to lift the trophy.”

Triffitt admits that BetVictor would not be wanting to see United take home the treble in the shape of the Europa, League Cup and FA Cup.

“With liabilities rising, bookmakers will be nervously following United’s progress with interest and a cup treble of the League Cup,FA Cup and Europa League is now just 14/1!”

The official result of the #UELdraw

United to take him all three
14/1
BetVictor