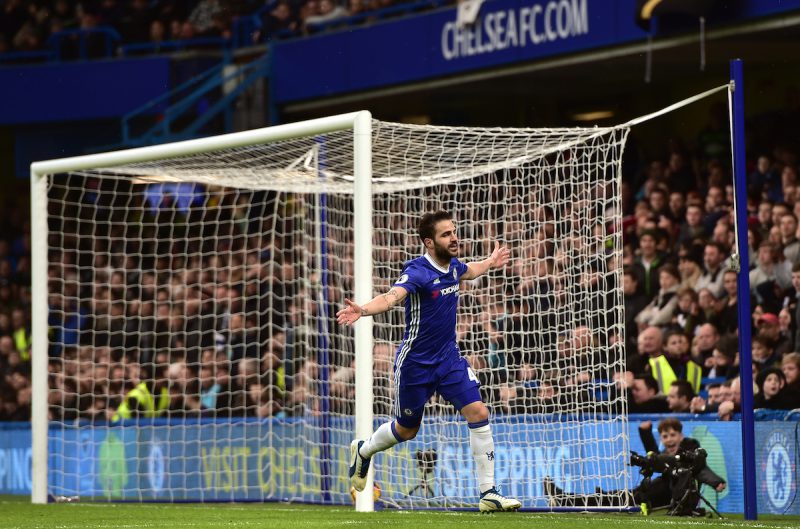 Chelsea moved 11 points clear at the top of the table after a hard fought 3-1 win over Swansea, whilst Crystal Palace moved out of the bottom three with a massive 1-0 win over Middlesbrough.

At Stamford Bridge, Chelsea were put ahead by Cesc Fabregas – making his 300th Premier League appearance, but Swansea levelled just before the interval when Fernando Llorente – who the Blues tried to sign in January – headed home an equaliser.

Swansea, though, would come away from West London with nothing – despite their efforts – thanks to late goals from Spanish internationals Pedro and Diego Costa. Chelsea have now won 13 of their 14 home games this season.

The win sees Chelsea’s odds shorten with BetVictor now listing them as short as 1/8.

Down at the bottom and manager-less Leicester – who do not play until Monday against Liverpool – dropped into the bottom three after Palace’s win in the ‘six-pointer’ against Middlesbrough.

The only goal of the game arrived midway through the first-half when Patrick van Aanholt curled home an excellent finish to beat Victor Valdes. Palace are now level on points with Boro – who are both just a point off the bottom three.

SkyBet now make Middlesbrough 10/11 joint second favourites to be relegated with Hull – who dropped to second from bottom after a draw with Burnley.

Despite dropping the place, they are now just one point off safety after a 1-1 draw with Burnley at KCOM. Hull had taken the lead with just 18-minutes left when Tom Huddlestone slotted home a penalty, but they could not hang on for the win as Michael Keane fired home from a corner to seal a share of the spoils, although they finished with ten men when Ashley Barnes was dismissed.

Sunderland remain bottom after a 2-0 defeat to Everton at Goodison Park. David Moyes’s went down thanks to goals in each half from Idrissa Gueye and Romelu Lukaku. The Black Cats odds on relegation shortened further and they are now 1/6 with SkyBet.

Bournemouth are just five points off the bottom three after their fourth successive defeat. The Cherries went ahead through a fifth minute Josh King penalty but that was add good as it got for Eddie Howe’s men as the home side grabbed the win thanks to goals from Craig Dawson and Gareth McAuley.

The final game of the day saw Watford and West Ham draw 1-1 at Vicarage Road. Troy Deeney fired Watford ahead from the penalty sport after just three minutes, but West Ham managed to level just 17-minutes from time through Andrew Ayew.

West Ham had to finish the game with ten-men as Michail Antonio was sent-off late on for two bookings.

Sunderland to go down
1/6
SkyBet