Zlatan the main man as he wins cup for United 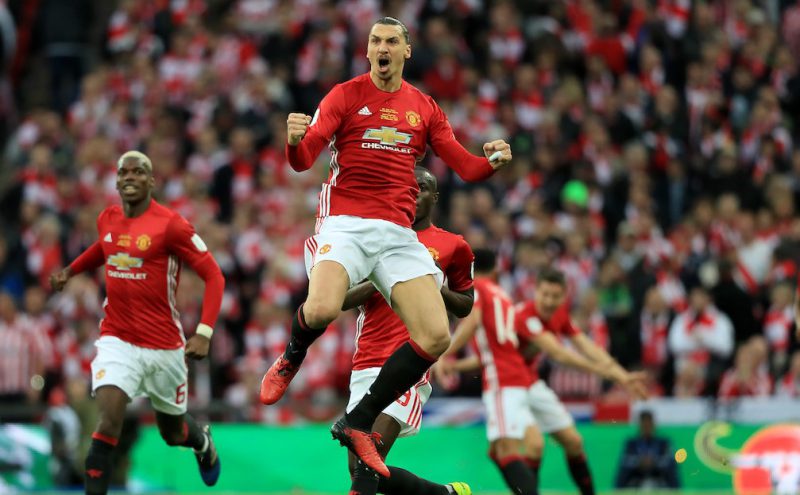 Manchester United won the EFL Cup final with a 3-2 win over Southampton, courtesy of a late header from Swedish superstar Zlatan Ibrahimovic.

Jose Mourinho predicted a tough contest and that is how things transpired, although United had raced into a 2-0 lead.

Manolo Gabbiadini had a goal incorrectly ruled out for offside and then just minutes later Southampton were behind with Ibrahimovic firing home from a free-kick on the edge of the box.

Jesse Lingard's last 6⃣ goals for #MUFC have all come in cup competitions, whether domestic or in Europe.

He loves the Wembley limelight! 🌟 pic.twitter.com/5HxiwFvu8l

The lead doubled just after the half-hour mark as a neat move down United’s left was converted by Jesse Lingard – but Southampton brought themselves right back into the game before half-time with Gabbiadini converting from close-range.

Just minutes into the second-half and the scores were level, and it was an amazing finish from Gabbiadni as he controlled and fired home from 10-yards out, despite the close attentions of Chris Smalling.

What a signing Manolo Gabbiadini has been for Southampton.

Two poacher's goals at Wembley – the second a cracker!https://t.co/9jWUD3svry pic.twitter.com/SEuFEyE7bK

With the game looking bound for extra-time, United won it – with Ibrahimovic heading home a superb cross from Ander Herrera to win the first trophy of the season.

It also made history for Mourinho, as he became the first manager in United’s illustrious history to win silverware in his first season.

Bookmakers across the board reacted to United’s success by cutting their odds for a treble – which is now just 12/1 with BetVictor.

Ladbrokes admitted they had suffered a bad day and Jessica Bridge said: “United were heavily backed for the win in 90 minutes, and punters are already playing up their winnings on the Reds completing the treble now.”

“It’s been a bad day at the office and we’ve been taken to the cleaners in-play thanks to Ibrahimovic and Gabbiadini finding the back of the net.”

Ladbrokes are offering odds on how many trophies they will now get – with just this one priced at 4/7, whilst the double is 6/4

If you think United can win the FA Cup, Europa League and Premier League – BetVictor will give you 500/1.

United to win just one
4/7
Ladbrokes

United to win everything
500/1
BetVictor