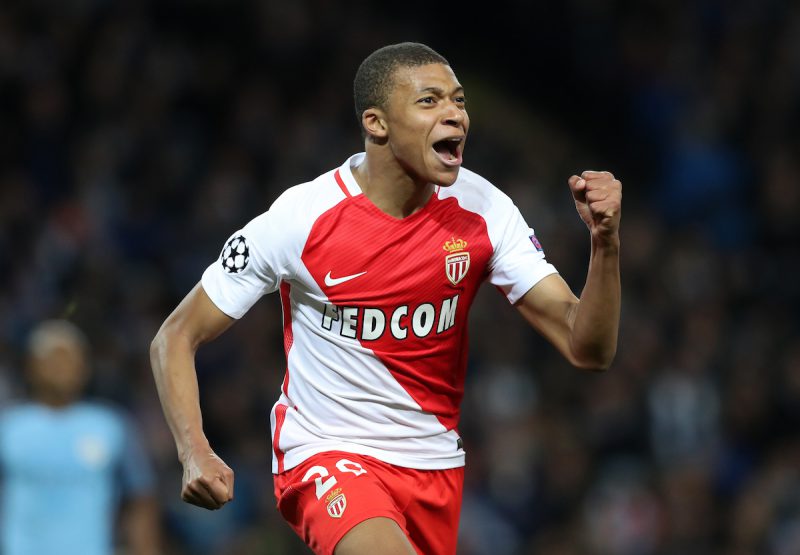 Italian giants Juventus are leading the chase for Monaco starlet Kylian Mbappe and are confident of fending off the strong , our Football Insider Graeme Bailey understands.

The 18-year-old is emerging as one of the hottest young players in the world, let alone Europe, and at just 18 has already played in 40 games for Monaco and is into double figures and is the youngest player in their history to score for the first-team, beating a record previously set by Thierry Henry.

Mbappe is a graduate of the famed Clairefontaine academy and Monaco fended off rivals Paris Saint Germain and Lyon to bag him, but now they look to have another huge battle on their hands to keep him.

Our Football Insider Graeme Bailey reveals the latest on the battle to land him and told TheGamblingTimes.com exclusively:  “You can liken him to a young Thierry Henry – not just because he is coming from Monaco, but for his looks and general style of play – there is a clear elegance with him, which is so reminiscent of Henry, so much more so than someone like Anthony Martial – who was often given that tag.

“This boy has been on the radar for most of Europe’s top clubs for other 12-months. I understand that Arsenal, Chelsea, Manchester City, Manchester United and Liverpool have all made some sort of contact to inform Monaco of their interest.

“But French sources close to the situation have told me that Juventus are in pole position for the player as it stands, which again would see him follow in the footsteps of Henry – should it happen.”

Henry did indeed move to Juve after Monaco, but he failed to settle and was rescued by Arsene Wenger at Arsenal, after which point he went on to become one of the greatest foreign imports the English league has ever seen.

Mbappe clearly has a long way to go, but it will be hard to see him not moving on sooner rather than later – but Monaco will be comforted by the fact they know he has at least two-years left on his current deal plus they have a marker to his value having sold Anthony Martial to Manchester United in 2015 for £36million rising to over £50million – it would no doubt take a minimum of that to get Mbappe out of the Prinicpality.

TheGamblingTimes.com spoke to Ladbrokes about the prospect of Mbappe moving and they believe there is a decent chance of him coming to England in the summer.

“He’s one of Europe’s top talents, and we could be set to see Kylian Mbappe strut his stuff in the Premier League sooner rather than later, with 2/1 for a summer move to these shores,” Ladbrokes’ Dave Burin told The GamblingTimes.com.

Mbappe to move to England this summer
2/1
Ladbrokes