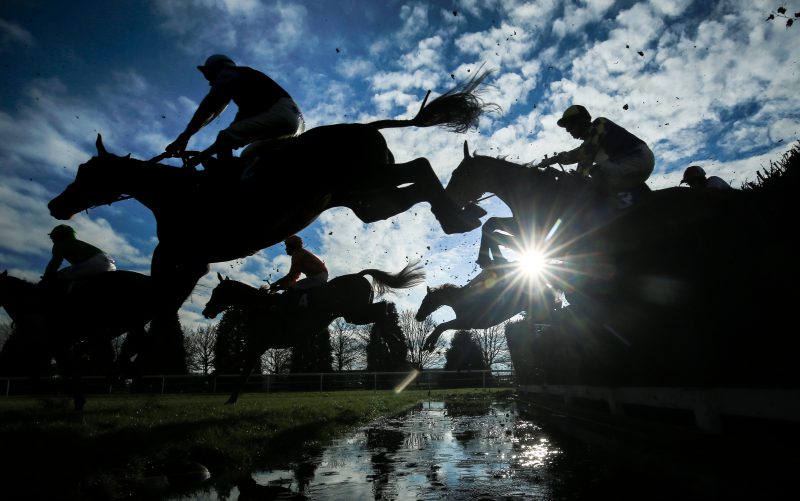 Definitly Red and Just A Par have confirmed their Grand National places after good wins.

His jockey Danny Cook led him to a 14 length win over last season’s winner The Last Samuri and he is heading to Aintree in hopeful mood.

Cook said: ” Hopefully now all roads lead to the National. I think he’s a very good horse and the question is whether he can jump round there.”

Definitly Red has been cut to 14-1 by SkyBet following the win.

"If we get some luck in the National he'll run a big race" – @BERacingLtd looks to Aintree with fine @DoncasterRaces winner Definitly Red: pic.twitter.com/EauHxj6PHF

Just A Par is also in National contention after he claimed the Betway Supporting Greatwood Veterans’ Handicap Chase at Newbury.

The 10-year-old travelled well throughout before seeing off No Duffer by just over two lengths.

His trainer Paul Nicholls said: “It was a little bit of a surprise but he has got lots of ability. His next date is the sale on the Thursday before the National before running in the National, then he will go for the Bet365.”

Just a Par is listed as 33/1 for the big Aintree race next month.

Another Nicholls performer on course for the National is Vicente, who who has been bought by Trevor Hemmings – who tragically lost Many Clouds in January after his memorable win over Thistlecrack.

“He (Hemmings) has been an owner of mine for a while and having sadly lost his National winner Many Clouds in January he was looking for a suitable horse for the race,” Nicholls said in his Betfair blog.

“Vicente was for sale, a deal was done and he will now go straight to the National.

“I’ve trained a number of winners for Trevor, who is an an enthusiastic owner, loves the race and enjoys having a runner in it every year.

“He liked the profile of Vicente, who won the Scottish Grand National last season, and is at his best in the spring.”

Vicente is rated as 33/1 for the National.