Limini and Tombstone won’t go in the Champion Hurdle 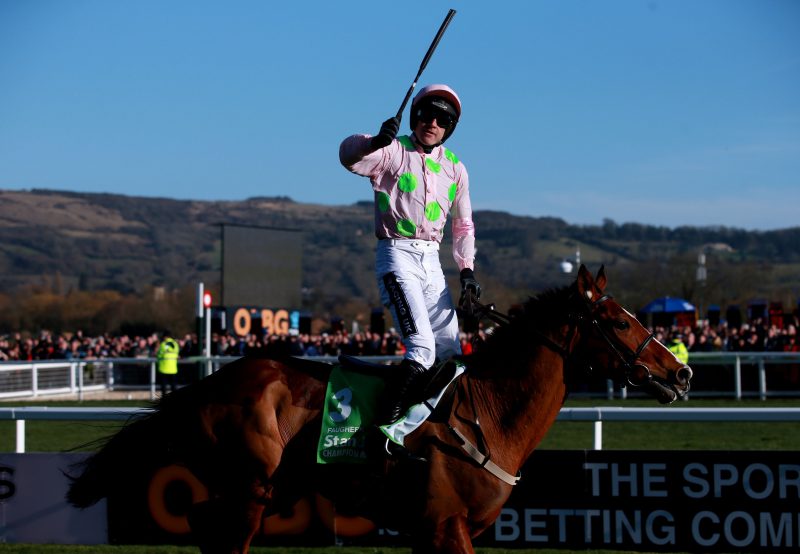 Limini and Tombstone have not been supplemented for the Stan James Champion Hurdle.

Their respective trainers Willie Mullins and Gordon Elliott have not gone the extra mile to push either in to the biggest race on the opening day of the festival.

Limini will now go in the Mares’ Hurdle, whilst Tombstone will instead be aimed at the Coral Cup on Wednesday.

It remains to be seen whether Mullins will put Vroum Vroum Mag into the Mares’ Hurdle against Limini or will let her go for Champion Hurdle honours.

“We just decided not to do it, I really don’t want to say much more about it now. I imagine she’ll run in the Mares’ race,” Mullins said of the Limini decision.

Asked what his decision about Limini means for Vroum Vroum Mag, Mullins said: “I really don’t know. We don’t have to make that decision yet, anyway. The only decision we’ve made this morning is not to pay the £20,000 to put Limini in the Champion.”

With 13 contenders for the Champion Hurdle – Yanworth is leading the market at 11/4 with Buveur Dair at 4/1.

We spoke with BetBright’s Connor White about the Champion Hurdle market and he told TheGamblingTimes.com: “Nothing has changed at the moment, the market still has Yanworth and Buveur Dair at the head.

“We will have to see what happens with someone like Vroum Vroum Mag, that might impact on the market depending if she runs or not.”

All the racing news and a preview of Wednesday's racing action with BetVictor's Charlie McCann.