Boxing Preview - Gonzalez and Golovkin in action - The Gambling Times 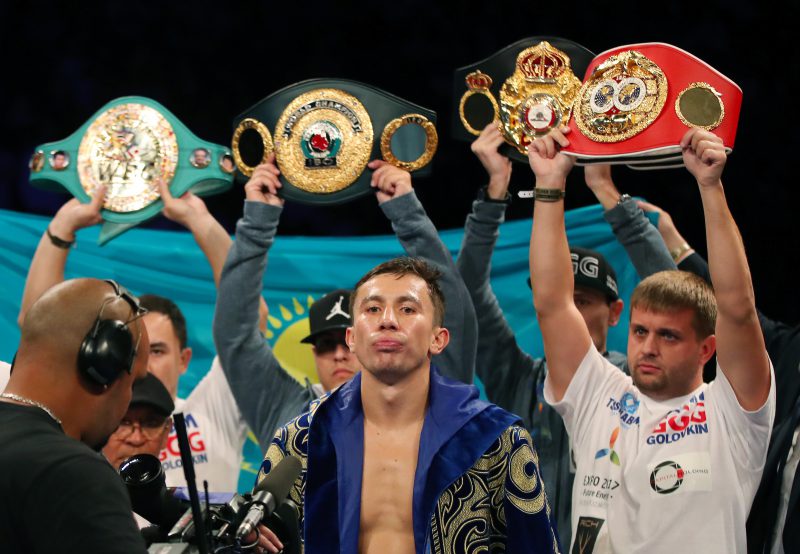 Other than Canelo, Jacobs is probably the most worthy of opponents out there for the Kazakh right now; his impressive 88% KO ratio is the closest to GGG’s fearsome 92% as you can get.

Normally, you would get two top fighters like this and the question would be: “Who wins?” But, against the freakishly powerful ‘Triple G’, the question is rather: “How can the opponent win?” The Miracle Man from Brooklyn will need one of his miracles to get through this fight.

Everyone has been talking about how many blows Brook landed on Golovkin in their fight last September, but none of those successful shots seemed to affect him in the slightest.

When ‘Special K’ landed that peach of an uppercut in the second round, GGG just beckoned him on. He marched unfazed on and planted more punishing punches himself that would have finished off most other opponents, like the crushing left hook in the opener that busted his eye socket, most others would have been finished by that single blow but Brook is made of some stern stuff, evidently.

Jacobs was out cold from one punch from Dmitry Pirog (20-0 15KOs) in his only career defeat, and I do think that he is stepping up to a higher level here, despite being a World champion himself.

I can’t see what fight he can fight to have any real chance here and I predict a very early stoppage to Golovkin, probably within the first four rounds, but possibly even earlier.

They are both heavy-handed, as their records suggest, but the Thai challenger has not fought and triumphed over the same quality of opposition that the Nicaraguan champion has, who is arguably the most skilled fighter on the planet.

Remarkably, Wangek only won one of his first five fights, suffering two knockouts in his first two paid contests as a pro before going on to win the WBC World super-flyweight title in his 23rd bout.

He hasn’t been knocked out since those early fights back in 2009 and has impressively stopped his last 13 opponents, however they were all in six-rounders against lower class competition.

The only credible opponent in his list of recent scalps was Mexican Jose Salgado (35-3-2) who Wangek stopped in the fourth-round to win the vacant WBC Silver super-flyweight title.

Despite being the number 1 in his native country and a former World champion, Wangek has not fought anyone close to ‘Chocolatito’s’ calibre before.

I do think the gulf in class will be evident from the opening bell and with an 83% KO ratio, the 29-year-old champion could very likely take out the courageous contender in the second half of this championship contest. He hasn’t been taken out for some time though so a landslide points win to Gonzalez is also worth a bet.

We spoke to Betsafe about the Golovkin fight and their Head of Sportsbook Alex Haig revealed Triple G was seeing most of the interest.

“95% of the money we have seen so far has come on for Golovkin and we certainly expect this trend to continue,” he told TheGamblingTimes.com.

“We would absolutely love to see an upset here based on the weight of money on Golovkin, but we’re certainly not anticipating that. With an amazing record of 31-1 with his last 14 fights being won inside the distance, Jacobs can’t be taken lightly. However, you could argue that Golovkin is the best pound for pound boxer in the world right now.

“We have taken 100% of our stakes on the under/over market for under 7.5 rounds so our customers are clearly expecting some early fireworks.

“All of our customers believe this fight will be ending early but the trading team are a leaning a bit more towards a longer fight. Both fighters have an excellent KO ratio for their victories but both can take a punch and both will be equally cautious of the others power.”