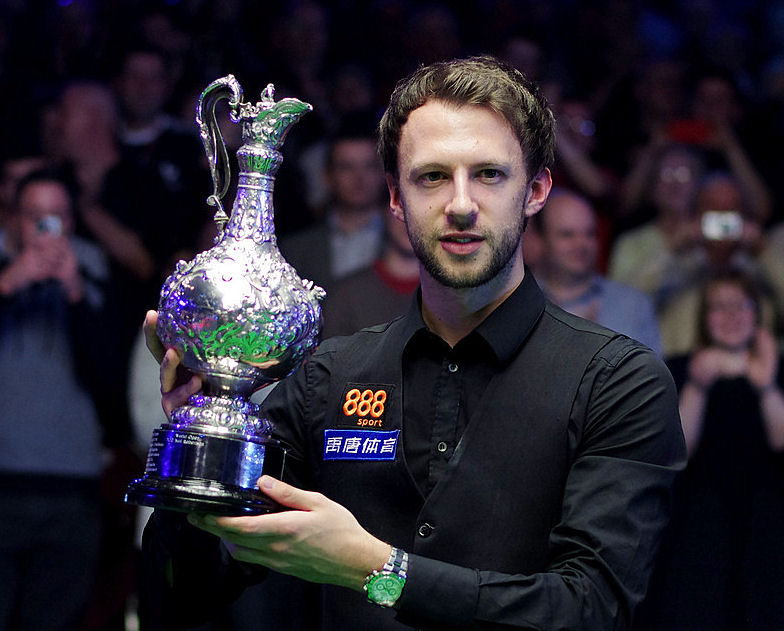 The China Open is currently the professional snooker circuit’s most established overseas event having initially been held in 1999.

The 16th edition takes place in Beijing with a handsome £85,000 to the winner. With the World Championship just around the corner, pundits and punters often use this as a yardstick for form – despite NO ONE ever winning both events in the same season.

Bar the exception of a few heldover matches to the venue, the qualifying round of 128 for this was played at the Guild Hall in Preston at the end of January.  Of the world’s current top 16, five will not be in Beijing. Neil Robertson gave this event a miss in order to allow himself more time to prepare for the Crucible, while Mark Allen appeared to have suffered an admin error by missing the closing date to enter! Marco Fu, Barry Hawkins and Ryan Day were upset by Daniel Wells, Aditya Mehta and Fraser Patrick respectively in Preston.

Defending champion, and the player in red hot form at the moment, is Judd Trump.

Trump has had a sensational last 6 weeks which saw him reach the Semi-Finals of the Championship League and finals of the Welsh and Gibraltar Opens, before pocketing £125,000 for winning the Players Championship a couple of weekends ago.

His first of two triumphs in this tournament back in 2011 was really his springboard into the professional big time. Top seed Trump is best priced at 6/1 (Bet365) to make it a hat-trick here. He finds himself in a very favourable quarter of the draw where he can’t meet anyone from inside the world’s top 64 until at least the Last 16. Anthony McGill or Martin Gould could await there, with possibly Liang Wenbo or Joe Perry beyond that, but I think Trump to win Quarter 1 is likely.

Perhaps having had concerns over his ranking and seeding for the Crucible, Ronnie O’Sullivan is set to feature here for the first time since 2012. Along with Mark Selby as the 5/1 tournament favourite, ‘The Rocket’ looks a bit short for me considering a patchy last few months and the fact he hasn’t won a title (or even reached a final) in Asia since the 2009 Shanghai Masters – albeit, quite a few of those events he didn’t enter.

I do expect O’Sullivan to navigate a few rounds, but he would certainly have to up his recent form to get out of a section containing Stuart Bingham, Ding Junhui, Kyren Wilson and Mark King.
A winner in Gibraltar earlier this month, Shaun Murphy can still be backed to win the Worlds at 20/1; a staggering price for me given his career Crucible record and the fact he will be one of the top 8 seeds for it. Murphy is in the toughest quarter of the draw along with John Higgins, Ali Carter, Mark Williams and Michael White.

The bottom quarter of the draw is intriguing, as that was where Fu and Hawkins were before their eliminations – it leaves a currently out of sorts Selby as the only top 16 member there present. I believe World Number 18 David Gilbert might have a sniff here. He has made a major final in China before at the 2015 International Championship and has a decent record in the country over the last few campaigns. ‘The Angry Farmer’ could be worth a cheeky little each way bet at 100/1.

We spoke with bet365 ahead of the event and they admit they have seen a lot of money for Judd Trump.

“The bulk of the money has been for Judd Trump since his Players Championship win although the biggest bet we have taken is for Mark Selby,” bet365 spokesman Steve Freeth told TheGamlingTimes.com.

On home favourites Liang Wenbo and Ding Junhui he said: “We have seen very little money for either player, Liang Wenbo has not been in the best of form recently while Ding although getting to the Semi Finals in the Players still doesn’t seem to have convinced punters he is playing well enough.”