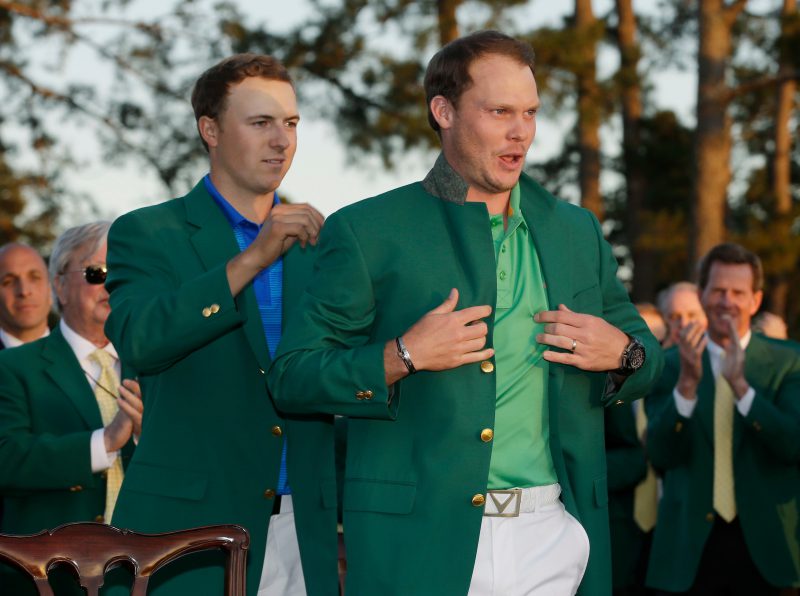 The Masters tournament is the first of golf’s ‘majors’ every year and is special for so many reasons and we look ahead to the 2017 edition.

Conceived by golf administrator Clifford Roberts and the legendary Bobby Jones, it was established in 1938 and is the only major event ever to be played at the same course every year – the Augusta National Golf Club, on a course designed by Jones along with famed British course builder Dr Alister McKenzie.

The Masters awards the winners a ‘green jacket’ and although each winner owns the jacket, they have to leave it in the dressing room at Augusta – only the winner that year has permission to take it from the club grounds.

The Masters also boasts the smallest field of any of the four majors, as it is still categorised as an invitational event and is not just the 100 top players in the world.

The course itself now rivals St Andrews for the most famous in the world, given it gets the most exposure of any golfing venue in the world.

Every hole at Augusta has a story to tell but more often that not the best tales are found from Amen Corner – the most famous three-holes in the world. The par 4 11th (White Dogwood), the par 3 12th (Golden Bell) and par 5 13th (Azalea) are famed for where tournaments can be won or last. Most recently the world’s best have come a cropper here. Rory McIlroy’s now famous collapse in 2011 was sealed with struggles on all three after going into the final round leading by four, and only last year defending champion Jordan Spieth hit a quadruple bogey on the 12th to hand the title to Danny Willett.

The defending champion this year is England’s Danny Willett and as part of the tradition, and he hosted a ‘Yorkshire’ themed Champions Dinner on the Tuesday evening.

This is followed by the informal ‘Par-3 competition’ on the Wednesday which is played on the Par-3 course on site before the tournament starts on the Thursday. The Par-3 curse remains in place to this day, as nobody who has won the Par-3 contest has ever gone on to win the main event.

With the passing of Arnold Palmer late last year, the honorary starters in 2017 will be the greats Jack Nicklaus and Gary Player.

After which point Willett will look to defend his title and he is hoping to put up a stern defence and said: “The best part is having the jacket, being Masters champion. The worst part is when you pitch up and don’t quite play like you are a Major champion – that’s the hardest thing to get over.”

The favourite for this week is new world number one Dustin Johnson and he is coming into Augusta fresh, having missed last week’s event in Houston, which means he has also won his last three tournaments.

“It’s impossible to win every week. I know that. I’ve won my last three but I’m just going to have to keep working hard, keep working on the things that I’m working on right now,” he said.

“Being the number one player in the world kind of drives me to work harder and to get better. There’s still a lot of room for improvement in my game. So I’m just going to keep working on it.”

Rory McIlroy needs the Masters to complete his career Grand Slam and he is still desperate to get his hands on a green jacket.

“I said it in an interview when I was 8 years old I want to be the best golfer in the world and I want to win all the majors,” he said. “I’ve nearly done all of that. There’s one piece of the puzzle that’s missing.”

Jordan Spieth says he got rid of the 12th hole demons.

Unfortunately, he didn’t get rid of the question. https://t.co/3puGKd9zMa pic.twitter.com/Uu39X4AuZ7

Jordan Spieth, who along with McIlroy and Johnson, is one of the three clear favourites for the tournament – is desperate to put last year’s collapse behind him, although he has the comfort of knowing that he already has a green jacket in his trophy collection.

But he is growing increasingly annoyed at being asked about his famous collapse at the 12th last year.

“No matter what happens at this year’s Masters, whether I can grab the jacket back or I miss the cut or I finish 30th, it will be nice once this year’s finished, from my point of view, to be brutally honest with you,” he said.

As always in golf, it often throws up some of the most heart rendering moments in sport – so could we see that again this year? Jason Day will be playing after his mother, who has cancer, insisted he make the trip to Augusta, or could Jon Rahm or Sergio Garcia become the first Spaniards this century to claim the green jacket and follow in the footsteps of Jose Maria Olazabal and Seve Ballesteros.

So as it is the first major I am going to expand my choices, three who I think will go close and couple of outside chances.

I think under the radar old leftie Phil Mickelson could make a real run at this, he has been in decent form and loves Augusta. Another American I think will surely go close is Rickie Fowler, he really is playing well at the moment. And South Africans have a great record here going back to Gary Player, and more recently Trevor Immelman and Charl Schwartzel, and I think Louis Oosthuizen – who has gone close before – could be in contention.

Each way wise I am looking at home boys Lee Westood and Paul Casey. Both were top-ten last year and could easily break their major ducks this weekend, well I hope they do!

We’ve seen most money so far on DJ and Rory so far understandably, but Spieth has been quite friendless to date.

With Danny Willett, the changes to his game that he’s working on have not payed off and it’s only because he’s the current champion that his price is so short. Everyone seems to agree and have not been backing him.

Many people look for an American win, this is just a shade of odds on, but usually it’s stronger, so it’s a real coin toss for a foreign winner.

We’ve seen most money on Matsuyama and Fowler, two of the front runners in the peleton behind the breakaway three.

And for me I can see Charley Hoffman going well this week.

What a great field and it is really hard to look past the first three, and I think Johnson and McIlory could really contend here.

Another player who I really like and have been a fan of all year is Spaniard Jon Rahm, I think he could do very well and finally I would offer up Rickie Fowler – in great form and has shown he can play Augusta in the past.