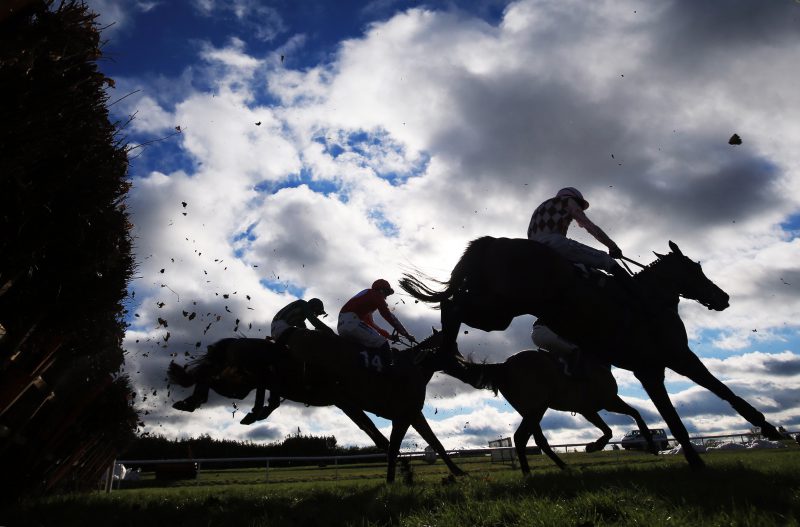 Definitly Red is the favourite for the Grand National and we have spoken exclusively to his trainer Brian Ellison ahead of the world’s biggest race.

The £1million Grand National takes place at 5.15 at Aintree on Saturday, and it would be by far the biggest win ever for North Yorkshire-based trainer Ellison.

Ellison has always said that the Northumberland Plate at Newcastle was always his big target, but the dual-code trainer admits that winning the National would be the big one.

“Winning the National would beat anything for me, everyone wants to win the National – that’s the big prize,” he told TheGamblingTimes.com.

Definitly Red is Yorkshire’s only entrant into the big race and he admits he can feel the whole area behind him.

“It is good to have the area behind us, there are a few contenders in there but it would be special for everyone,” he continued.

“I won’t be too nervous, we know he has a live chance”

Eight-year-old Definitly Red joined Ellison in 2014 and he insists that he knew from the off that he had something good.

“Straightaway we knew we had something he had some good form in the bumpers,” he said.

“He wasn’t the best in some ways early on in his career but he has just got better and better, he has grown up and got tougher.”

The money is coming for @DoncasterRaces winner Definitly Red, who is now fighting for outright Grand National favouritism. Who do you fancy? pic.twitter.com/0urC1hP5uk

Now with a record of 10 wins from 19 including the claimed Grimthorpe Chase last time out, Ellison admits that he will not be nervous as he knows his horse has a real chance of winning.

“I won’t be too nervous, we know he has a live chance – we want him to come back well avoid trouble and see where we are,” he said.

“After winning the Grimthorpe, he put himself into the picture – nothing to do with us, he showed everyone what he was about. That is a specialist race now for the National and he beat a good horse like Last Samuri, he was clearly very impressive, we knew before that how good he was, but that showed a few other people.”