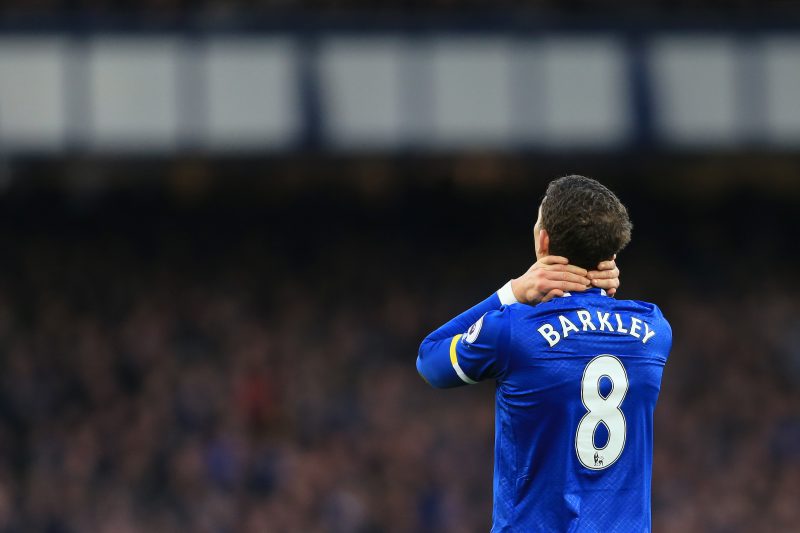 Ross Barkley is not happy with how his manager Ronald Koeman has reacted in public to his ongoing contract negotiations with Everton.

The Toffees are yet to agree terms with the England midfielder, who has come through the ranks at Goodison Park and is widely regarded as potentially one of the best players of his generation.

Football INDEX Talk – Ross Barkley is currently trading at just over £2 and is one of the futures on the move in the market, with his contract not resolved – he looks at good stock to be on.

Barkley is now being described as a contract rebel in the same light as Romelu Lukaku, who has made it clear he will not be signing an extension at Goodison Park.

The 23-year-old, who has played over 170 league games for Everton, is yet to agree terms – but unlike Lukaku he has not confirmed that he wants to leave.

Barkley does have major interest in him with Tottenham, Arsenal, Chelsea, Manchester City and Manchester United all keeping tabs on his situation.

But I have been told that Barkley is not happy with how he is now being perceived on the back of Koeman’s comments last week.

“If he doesn’t sign that contract then we need to sell the player. It’s simple, it’s not so difficult in my opinion,” said Koeman.

“We need to know before the end of the season. I do feel everything is being done to keep him. We will offer what’s good, what’s normal for the player. The way he’s improving, Everton is the best place for him.

“I spoke to him several weeks ago. He mentioned his ambition is the Champions League, but I told him I have the same ambition.

“He’s going in the right direction. He is the kid of the club, the kid of the town and, in my opinion, there’s no better place for him. It is not necessary to talk again about a new contract. He knows what I want. I told the club we would like to keep him because he’s a player for the future of the club.

“The rest is up to the board to get an agreement over a new contract with Ross.”

We spoke with BetVictor’s Head of ante post Football about the Barkley market and they have Spurs as favourites to land the England midfielder.

“Fairly quiet on the Barkley transfer with small interest on Chelsea who are 14/1 from 20/1. Spurs remain 5/1 favourites at present,” he said.

“An interesting market and one that may gather more pace in the following weeks.”

Football INDEX is a stockmarket game where players, known as Traders, take a position on the “future success” of footballers with real money.