Terry and Defoe in Bournemouth's sights - The Gambling Times

Terry and Defoe in Bournemouth’s sights 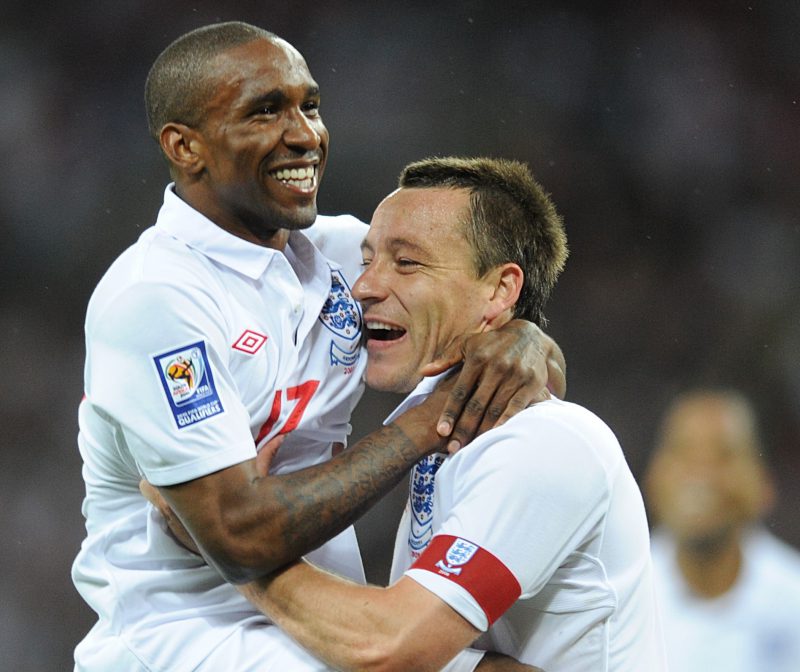 Bournemouth are confident they can pull of a huge coup by landing both John Terry and Jermain Defoe this summer, and both will be available for nothing.

Defoe has been in the sights of a host of clubs for a number of months, and Sunderland had to fend off interest in him during the January window.

Football INDEX Talk – John Terry has been on the rise since his decision was confirmed and is now £1.10 – could still be worth a look whilst his future is up in the air…Jermain Defoe has been a popular future in recent weeks and at £0.94 still looks a good pick to us. CLICK HERE to play

The 34-year-old has been one of the few plus points for Sunderland in an otherwise dismal campaign, but Defoe’s own form has been excellent and he has even earned an England recall.

Now Sunderland have all but accepted that Defoe would be going this summer and there is a clause in his contract allowing him to leave for nothing – but The Black Cats are understood to be calm with this as they would struggle to pay his £70,000-a-week wages in the Championship, especially as his salary would not be reduced.

West Ham United and Crystal Palace have been shown a keen interest, but I have been told that Bournemouth are in pole position to re-sign Defoe – who spent a hugely successful spell at Dean Court at the start of his career. During his short time with Bournemouth back in 2000 he scored in ten-consecutive games to equal the league record.

I have been told that Defoe is keen to return to his native South of England and Bournemouth believe they are firm favourites to land him.

Likewise, I am told that Bournemouth also believe they are well placed to land Terry – a player they tried to sign in January.

The 36-year-old defender confirmed on Monday he would be leaving Chelsea at the end of the season after over 700 games for the club which sees him as their most decorated player of all time.

But Terry feels he still has something to offer and it is now up to him to decide whether to remain in England or move abroad, with offers already flooding in from America and China.

However, I have been told that Terry is very much considering stay in England. A number of clubs have been linked, but I understand that Bournemouth could offer him a two-year deal and the project at Dean Court is known to appeal.

Bournemouth boss Eddie Howe is keen to add some real Premier League calibre experience to his squad, and in Defoe and Terry, he could not ask for anywhere and it would be a major coup for Bournemouth if they could land the pair.

We have spoken to Ladbrokes about the markets on Defoe and Terry – and they have confirmed that you can get 10/1 on the pair to sign for Bournemouth.

West Brom are current favourites to land Terry at 7/4 with Bournemouth second favourites at 11/4, whilst Defoe is already favourite to join Bournemouth at 5/2.

David Burin of Ladbrokes told TheGamblingTimes.com: “The bookies reckon Defoe may be heading home to Bournemouth, and he could be joined by another Prem legend in the shape of JT.”

Football INDEX is a stockmarket game where players, known as Traders, take a position on the “future success” of footballers with real money – CLICK HERE to play