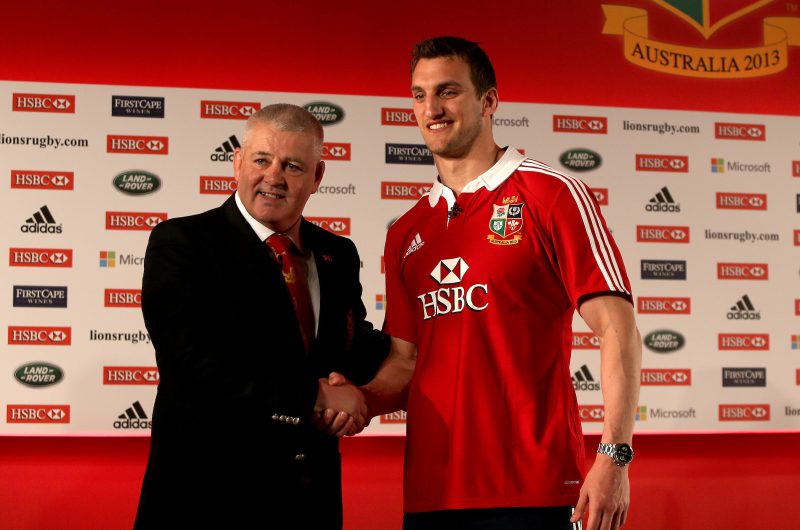 Warren Gatland has confirmed the squad for the British & Irish Lions tour of New Zealand later this year.

As expected England dominate the 41-man party with 16 players. There are also 12 Welsh, 11 Irish and two Scots.

The squad in full is as follows – with Sam Warburton confirmed as captain for the tour.

Your #LionsNZ2017 captain, becoming only the second player after Martin Johnson to lead a second Tour #AllForOne

Some of the shock inclusions were England’s Kyle Sinckler and Ireland’s Iain Henderson in the forwards, whilst in the backs Jonathan Joseph – who was tipped to miss out – made the squad along with Ben Te’o, who is a former rugby league international.

Amongst those not include are England captain Dylan Hartley, and second-rower Joe Launchbury. Scottish brothers Richie and Jonny Gray also miss out.

All gobsmacked here that Joe Launchbury wont be with @lionsofficial. 2 motm's in a 6 Nations winning campaign & player of the comp nominee

Welsh centre Jamie Roberts was also not included, despite speculation over night that he would be making the squad.

“There were some pretty lively debates finalising the squad,” Gatland said.

“But we are very happy with the quality of squad we have. It was probably the hardest we have had [to pick]. We think it is the strongest squad.

“We are really excited with the talent and quality of the team we are taking to New Zealand.”

We spoke to Inside Rugby’s Stuart Watkins for some reaction to the squad and he told TheGamblingTimes.com

“It is amazingly talented as you expected,” he said.

“Of those not going Joe Launchbury is the one that sticks out – a few stand out as surprising, wasn’t expecting Ross Moriarty to make although he id s very talented man and it is always shock an England captain doesn’t get picked so although we were expecting it I feel for Dylan Hartley.

“But we are going to see a number of other players to make it, we know a host of other names will take part too, it is will be a long tour.”

Bookmakers are already taking money on who will be starting the first-test with New Zealand odds on to win the series.

WilliamHill make New Zealand the overwhelming favourites to win the series at 1/4 with a 3-0 victory also odds on at 4/5. The Lions are 3/1 to win the series with the most likely score if they do being 2-1 offered at 6/1.

“Gatland has named a strong squad despite a couple of notable absentees but despite this, we think that All Blacks will be far too strong and it would be a success to even win one Test,” said William Hill spokesman Joe Crilly.