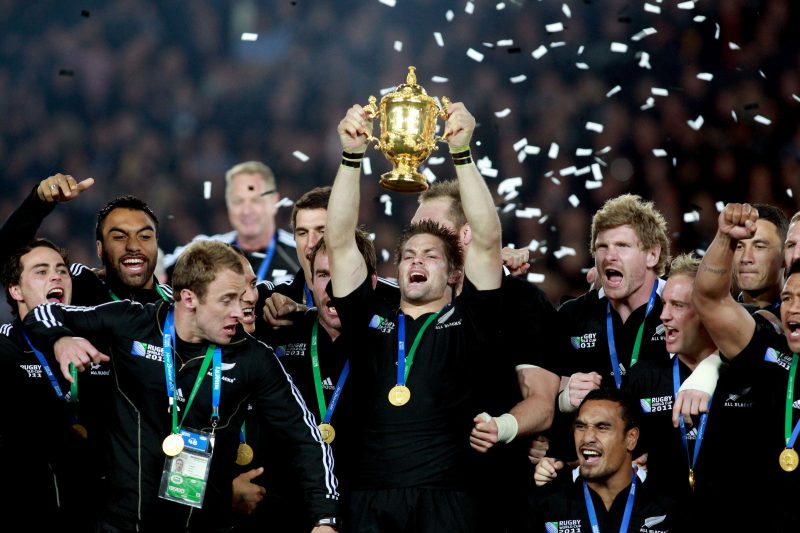 Defending champions New Zealand are short-price favourites to reclaim the Rugby World Cup in Japan following the draw for the 2019 tournament.

Reigning world champions New Zealand will take on South Africa and Italy in Pool B.

Second favourites England have been drawn with France and Argentina in a tough Pool C for the 2019 Rugby World Cup in Japan.

Scotland and Ireland are in Pool A, alongside the hosts.

Wales will face Australia in a repeat of the 2015 tournament, along with Georgia in Pool D.

“Any one of the top eight teams that you get paired up with are going to be tough,” said New Zealand coach Steve Hansen.

“In this case we get South Africa. They are a team that knows us well and we know them very well. There is a lot of good history between the two teams and it will be one of the games of the tournament.”

BREAKING: Your Pools for #RWC2019 in Japan are as follows… pic.twitter.com/rXKezsg9qQ

Speaking about England’s Pool C opponent’s, Jones added: “France have really improved over the past two years and are certainly a dangerous team.”

The 12 teams who automatically qualified by finishing in the top three of their groups at the last World Cup have been drawn.

The eight remaining teams have had their slots allocated and will be determined by the qualification process that ends in 2018.

England have also drawn the top North and South America qualifier [either USA or Canada], as well as the second-best Oceania qualifier, which will be one of Fiji, Samoa or Tonga.