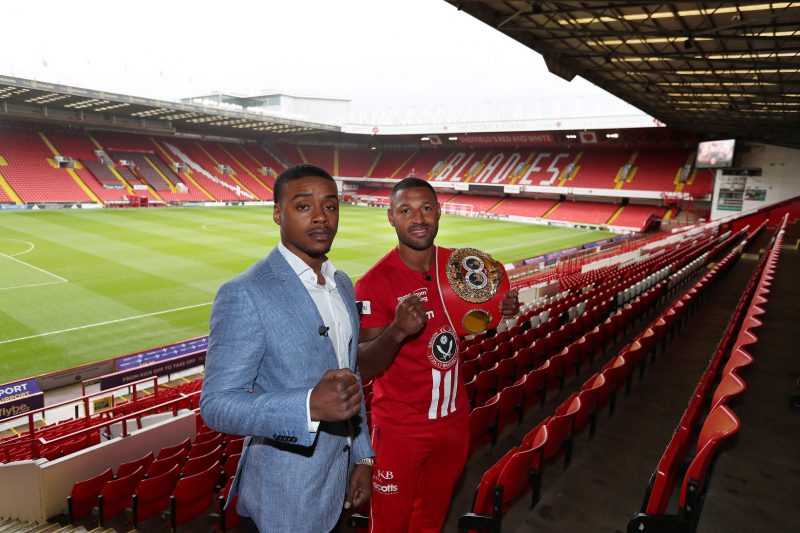 Bramall Lane plays host to World championship boxing this weekend and Sheffield Untied have certainly the set the bar high for any performances on the pitch after finishing top of their league with 100 points.

He then dared to be great by stepping up to middleweight to face the fearsome Gennady Golovkin (35-0), resulting in his first and only career defeat.

Brook is world-class but hasn’t really been tested to a point where we accurately know his true level. What we do know is that he can take a punch, having his eye socket fractured early on in the bout with GGG, yet he continued to take shots and return them back frequently.

The American is undefeated in all bouts and the champion unbeaten at welterweight, which makes for a great fight and an extremely tough one to call.

Spence has a lot of power but Brook has a big heart so I’d be surprised if there was an early ending.

‘Special K’ has an excellent jab, intelligent defence and has the upper hand in experience over the New Yorker.

There’s been a few concerns over Brook boiling back down to 147lbs after his brief stint at 160lbs, but, hopefully, he makes the weight fine, which I’m quietly confident he will.

I can see this fight being similar to the Brook v Porter fight but I do rate Spence as a better fighter that Shawn.

I think many believe that Spence will win by knockout in the second half of the fight but I can see it going to points and being a very close decision.

I think the younger American will just edge the win on a split decision.

We spoke to fight sponsors Betsafe to get their views on the fight.

“We are offering a market leading number of bets for this event and customers are currently betting on all different outcomes. However we expect the patriotic punt to become stronger the nearer it gets to fight night, and when the bell goes for the first round, we’ll be (quietly) cheering on Spence.

“When the fight was first announced, the market couldn’t choose between the two fighters. We personally believe that Spence can’t get any shorter and again the patriotic punt may very well end up causing the prices to start moving in the opposite direction.

“Our headline market is: ‘Kell Brook To Win By Decision Or Technical Decision (Points)’ – top price in the industry. This has been extremely popular with our customers & again by the first bell we will no doubt be praying for an early finish!

“Both boxers are huge punchers & have impressive K.O % on their CV’s. We think that similar to the Joshua v Klitschko fight, we could once again see both being knocked down with Spence eventually proving he is the real deal and announcing his arrival on the world stage with a late-stoppage win.”