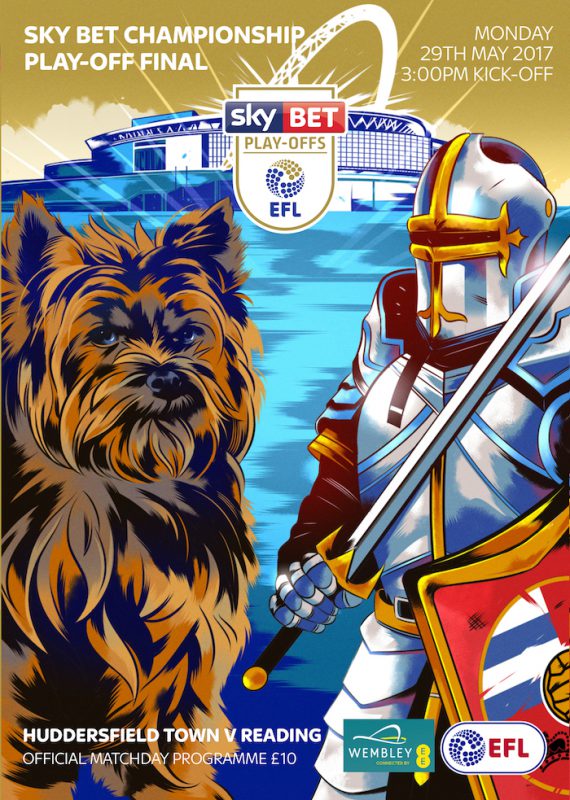 Reading and Huddersfield Town meet at Wembley in the Championship play-off final – the richest match in world football.

The winner will become the final members of the Premier League for the 2017/18 season and will land themselves a minimum income of £175million.

Huddersfield, who have not played in the top-flight since 1972, come into the game as slight favourites – although there appears very little between the two sides.

In the regular season, they defeated each other 1-0 but Reading are coming into the game knowing they have a poor record in play-off finals. They have lost their previous three attempts against Bolton Wanderers in 1995, Walsall in 2001 and Swansea City in 2011.

But Jaap Stam is hopeful they can come through: “Maybe nobody expected us to be up there because of where Reading ended up in the last couple of seasons. I think everyone expected, or hoped, that we’d go down or lose games and drop out of the top six.

We look at the team and thought it would be nice to get into the top 10 and then build towards the chance to go up eventually. We were realistic and didn’t think it would happen within one season and we’d make steps, like how Brighton did it.

“But you saw throughout the season the results kept coming and a certain mentality appeared within the squad. Then you get into the top six and never leave. We dipped every so often but never lost more than two in a row and always came back strong.”

Town boss David Wagner is hopeful he can guide his side to the promised land of the Premier League.

“At the beginning of the season there was a vision, and then the vision turned into a real chance around Christmas time. After we’d played every opponent once I thought we could reach the play-offs, which would have been an unbelievable achievement for this football club. Then it became a reality and now we’re at Wembley,” he said.

“I never thought automatic promotion was an option so I was never disappointed. Newcastle and Brighton were too strong.

“It would be my biggest achievement as a manager for sure. But my thoughts are more for the club, the fans, the town and all the people who have invested so much. These are more my thoughts than for me personally.”

See below for a run-down on the game, including predictions from former England, Crystal Palace and Tottenham midfielder and GamblingTimes.com columnist Andy Gray and our own Football Insider Graeme Bailey, together with everything you need to know from the bookies – this week with Ladbrokes’s Richard Marsh.

We also bring you a Football INDEX – One to follow for every match. Football INDEX is a stockmarket game where players, known as Traders, take a position on the “future success” of footballers with real money. CLICK HERE to play now!

TEAM NEWS: Elias Kachinga and Kasey Palmer could both be available for Huddersfield, they were not expected to play again this season. Reading captain Paul McShane is suspended after being sent off against Fulham in the semi-finals. Jordan Obita is struggling with an ankle problem.
KEY FACT: Huddersfield have not played in the top-flight since 1972.
MATCH ODDS: Huddersfield 13/10 Draw 11/5 Reading 5/2
ANDY SAYS: This will be close, no doubt about it but I expect Reading just to come out on top 1-2
TGT INSIDER SAYS: I think this will be a good game, I am giving Huddersfield the edge but this could easily go to penalties – 0-1
LADBROKES RECOMMENDATION: Reading have a horrid history in play-offs, but they’re in far better form than Huddersfield and that’s what will count at Wembley. Reading to be promoted 11/10

Reading to be promoted
11/10
Ladbrokes