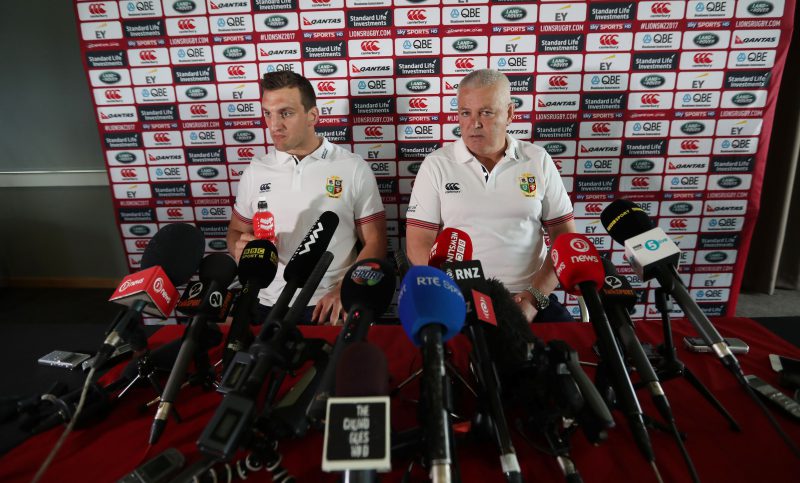 After four years of waiting, the dormant beast that is the British & Irish Lions awakens to the toughest challenge of all; beating the All Blacks in their own back yard.

With two Tests at Eden Park, the fortress at which New Zealand have not lost since 1994, coming after six games against sides primarily tearing up Super Rugby, this will be a grueling tour and coming out series winners after three showdowns with Steve Hansen’s merry men will take a mammoth effort.

Undoubtedly, the relentless, steely-faced All Black warriors will never fold. It is not with their nature.

While keeping the Lions tour to 10 games is important, the hectic domestic schedule has meant the squad only left Heathrow on Monday, arriving just days before a first showdown against the Barbarians.

All Black supremacy is no fallacy; the statistics are crystal clear, with New Zealand boasting a 76 per cent win record against the Lions, losing just six of 38 Tests – the best record of all tour hosts.

Two things define a great team; how good they are and their culture. From the Haka to brotherhood and turnovers to tries.

Before being restricted to three tries in their last two games against Ireland and France, the All Blacks scored four tries in 12 consecutive games. A threat? Indeed.

Add in the fact New Zealand have won 36 successive Tests at Auckland’s Eden Park – and in all bar the 2011 Rugby World Cup final (New Zealand 8-7 France scoring 20 points or more – you have a mountain to climb.

Make no mistake, Warren Gatland’s Lions offer a wealth of talent and experience, but a lot rests on the team selection, something he should well understand as a New Zealander himself.

Do the Lions have enough for a series victory, though? Of this, I’m not so sure. Taking one Test, definitely, but beating the All Blacks outright, I’m not sure we will see this coming to pass. Ahead of the tour, 2-1 to New Zealand is my call, but there is no doubting the Lions have the raw ingredients for success, it is just what happens in the kitchen.

First up for the Lions on Saturday a run-out against the BaaBaas, for which Gatland has been shrewd with his selections, not featuring any Premiership or PRO12 finalists in the starting XV, giving extra rest time to big guns and allowing fringe players to put their hand up for Test selection.