A victory it was. Scintillating it was not. The British & Irish Lions tour to New Zealand is off to a winning start, despite an auspicious first foray against the Provincial Barbarians, which they were thankful to escape from with an undistinguished triumph.

Against an amalgamation of fringe players from a range of Super Rugby clubs, the Lions laboured, somewhat inexcusably and emerged

A lone mitigation in defence of the Lions was their Tuesday arrival in New Zealand ahead of Saturday’s opener, yet they were pitted against a side who only had one week together.

Before turning attention to the details of the 7-13 win, a nod must be made to Bryn Gatland, the son of Lions head coach Warren, who offered a fine display of creativity and panache, which unsettled the tourists.

On the full-time whistle captain Sam Warburton admitted, “It wasn’t perfect.” It was an understatement.
If the Lions are to come anywhere close to taking out the All Blacks, they will have to put in some serious hard yards.

Saturday’s win, which was a win after all, was error-strewn, rusty, inaccurate and flat in the majority.

But Gatland will not be lamenting this performance too long, and there are positive to be taken.
Previously Gatland described Harlequins and England prop Kyle Sinckler as, “An overweight back in the front row.” 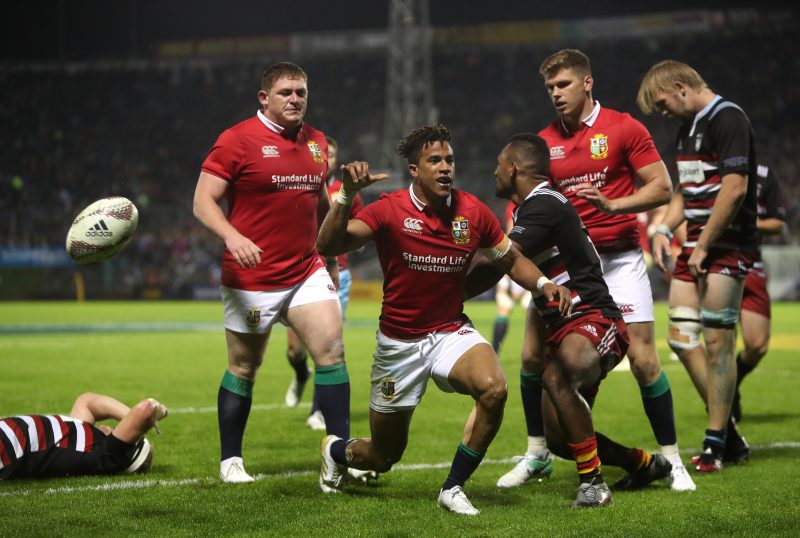 There is a disguised compliment there, I think. Either way, Sinckler made an impressive debut, offering handling skills of a world-class back and was near flawless – his lone error in judgment, a tap-penalty, leading to a loss of possession.

Toby Faletau produced the finest piece of individual brilliance as he raced back to tackle, turn onto the back and hold up a sure Barbarians try.

Full-back Stuart Hogg will not have enjoyed his first run of the tour; handling issues and sloppy passes have put a negative mark against his name.

Similarly, a frustrating and fruitless evening was endured by Ireland’s Johnny Sexton.

With Gatland’s references to Owen Farrell as a, “world class 10,” there is no suggestion of the pair playing together – this will be a shootout for one jersey.

If so, Sexton only lost ground at the Toll Stadium. Slovenly, poor distribution and missed kicks all documented, before Farrell’s introduction on 50 minutes.

The Saracen half-back changed the game in moments; injecting a fine tempo, which led to Anthony Watson chalking up the Lions only try of the game. Theory

Defence and attack will concern Gatland in equal measure, but Wednesday’s run against Super Rugby strugglers Blues affords him the opportunity to sample fresh combinations as his search for a successful formula continues.