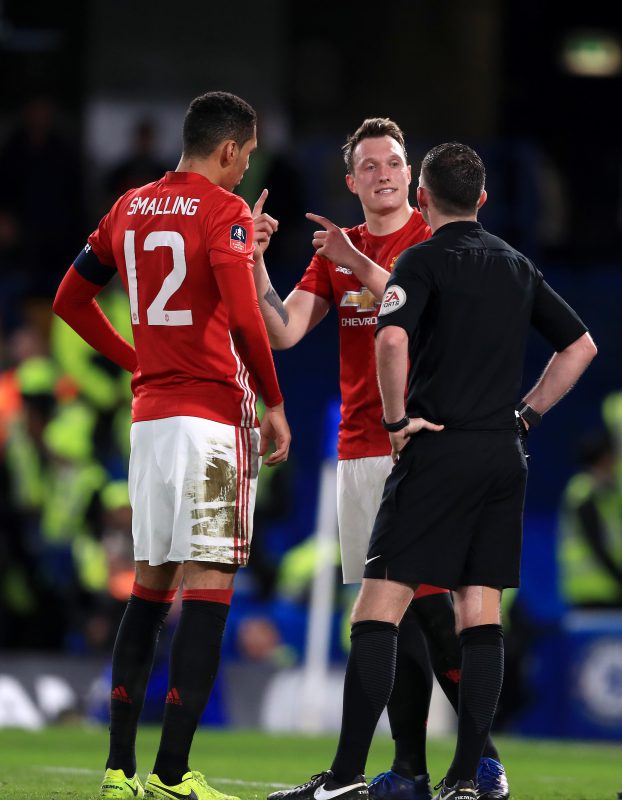 Chris Smalling and Phil Jones are both being linked with moves away from Old Trafford and bookmakers firmly believe both Manchester United players could be on the move this summer.

United will confirm the signing of Swedish ace Victor Lindelof from Benfica later this week in a deal worth nearly £40million.

Football INDEX Talk – Probably something of a shock that Chris Smalling is even in the INDEX – available at £0.71 but doubtful he will stay in the top 200 for much longer in our opinion…CLICK HERE to play and start winning

It is widely expected that Lindelof will become first-choice alongside Eric Bailly – casting doubt over the futures of both England players.

Smalling is odds on to leave at 1/2 with Jones rated at 6/4 – and both players are not short of admirers.

I understand Arsene Wenger has asked United to be kept informed about both players, as he considers defensive reinforcements.

With Lindelof coming in, and United still being linked with the likes of Michael Keane and Virgil van Dijk – it remains to be seen if either Smalling or Jones have long-term futures.

Ladbrokes are offering 3/1 on both players to leave and we caught up with spokesman William Geldart.

“Jose Mourinho knows it’s make-or-break for his Manchester United side next season and the new arrivals and latest odds suggest that’s likely to signal an inglorious Old Trafford exit for messrs. Jones and Smalling,” he told TheGamblingTimes.com

We also spoke with TheUnitedEnd editor Tom McDermott about the prospect of Smalling and Jones leaving the club.

“Both Jones and Smalling have struggled for one reason or another this season. Just when it looked like they could establish themselves they’d pick up an unfortunate knock or Mourinho would replace them with one of Bailly or Rojo,” he told us.

“The manager clearly wants people that are prepared to play through the pain barrier for him and he mentioned as much at various stages of the last campaign. Lindelof is expected to arrive this week and if you add him to Rojo, Bailly, Blind, plus youngsters Tuanzebe and Fosu-Mensah, then United are pretty well stocked in that department.

“Because of this, you wouldn’t be surprised to see at least one of them go. Jones is the one who hasn’t quite kicked on as many might have expected. Even Sir Alex Ferguson compared him to Duncan Edwards, which probably hasn’t helped. With Smalling, you could argue he’s gone backwards. Under Louis van Gaal’s stewardship he was one of United’s better outfield players.”