United to up Alvaro Morata offer - The Gambling Times

United to up Alvaro Morata offer 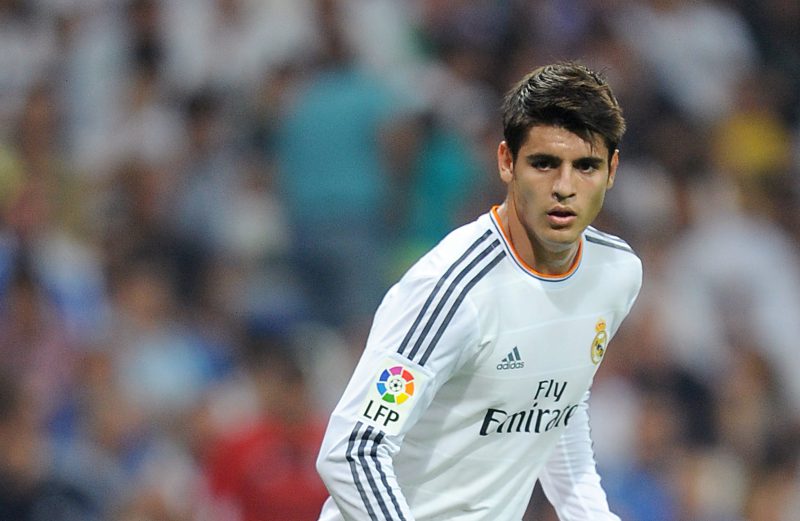 Manchester United have told Real Madrid they do not want to break their transfer record to sign Alvaro Morata, but they are ready to up their offer.

United have been in talks with Madrid for most of this month, but have so far insisted they will not go above £70million.

Football INDEX Talk – £5.34 A new leader in the INDEX – imagine how high he will go when he does join United…CLICK HERE to play and start winning

In public, Real have been stating they want £90million for the Spanish star – which would break the world record fee of £89million United paid for Paul Pogba last summer.

But now United are ready to get close to £80million – which Spanish sources believe will be enough to get the deal done.

United are eager to push on and get the deal done before Real sell James Rodriguez, who they have also been linked to, but would also mean that they are less likely to let Morata leave and with Cristiano Ronaldo now looking to move, that may yet impact on the situation too.

Madrid are more than happy for Morata to stay – having only re-signed him from Juventus last summer, but the 24-year-old wants to move and the prospect of leading the line at United has won him over, and terms are already known to have been agreed.

United have already confirmed the release of Zlatan Ibrahimovic, and with Antoine Griezmann staying at Atletico Madrid – Morata has emerged as the number one forward target for United.

United had hoped to conclude the deal last weekend, but they are now hoping to make progress over the coming days.

They announced the signing of Victor Lindelof this week and want to follow that with Morata in the coming days.

We spoke with SkyBet’s Dale Tempest about the market around Morata.

“After two trophies in his first season at Old Trafford, nobody in the United hierarchy is going to tell Jose there is a player he can’t have,” he told TheGamblingTimes.com.

“He wants Morata, the rumours are it is a done deal to expect to see him in the United red next season.”