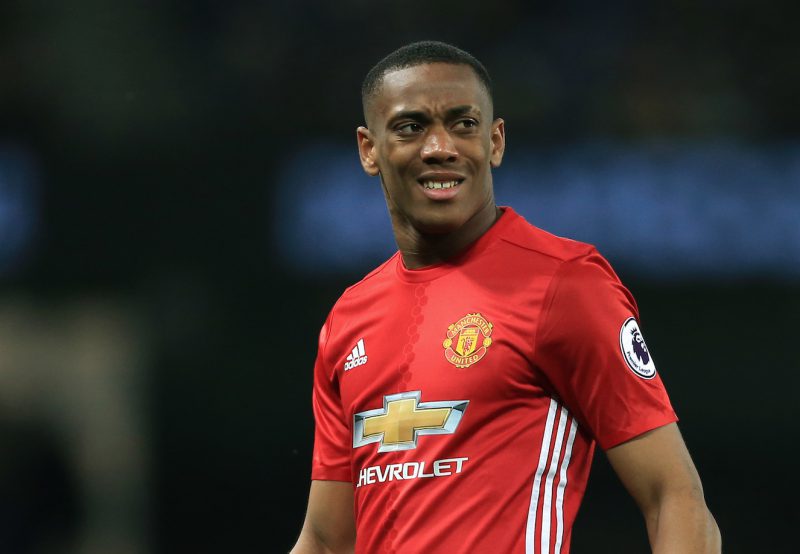 Anthony Martial is ready to tell Jose Mourinho he wants to leave Manchester United this summer.

The 21-year-old started just 18 league games last season, ten less than the year before and with United looking to add more attacking talent, Martial does not look like being first choice, given he already has struggled to command a starting spot.

Football INDEX Talk – Martial at £1.94 is still a popular stock, but if he leaves England – we are not sure you are going to see a big return on that…CLICK HERE to play and start winning

Martial joined United in a £38million deal in 2015 but he has never really taken the Premier League by storm and he is understood to be unsettled at Old Trafford.

United and Mourinho would ideally like to keep him but sources close to the club have told me that they would not stand in his way, if they received a suitable offer – and they are anticipating some interest.

I am told that Martial would love to move back to France an he would jump at the chance to link-up with Paris Saint Germain – who are showing a strong interest. Atletico Madrid were keen before their transfer ban, whilst Valencia and RB Leipzig are also understood to be keeping tabs on his situation.

In England, Arsenal, Tottenham and West Ham have all been linked and a move to London could be an option that Martial would consider.

We spoke to BetVictor’s Head of antepost Football Michael Triffit about Martila, and confirmed that the odds on Arsenal have dropped in recent days.

“Manchester United forward Anthony Martial was never able to hit the heights last season and was overshadowed by Zlatan Ibrahimovic and Marcus Rashford,” Triffitt told us.

“With the Red Devils linked to a number of strikers already in the transfer window punters are speculating the former Monaco man may be surplus to requirements althougth the club seem happy for him to remain in the North West.

“Arsenal have been popular at 16/1 and now trade at 8/1 whilst a return to France to join PSG Is 6/1 favourite but in reality it would still be a surprise at the stage if he wasn’t wearing the Red of United next term.”

We also spoke with UnitedEnd.com editor Tom McDermott, who admits it may be the right time for Martial to move on.

“Martial looked lost in his second season. While Rashford embraced the challenge a wide position brings, the Frenchman continued his poor Euro 2016 form and struggled for consistency,” he told us.

“The wide left role might not be his preferred choice but it’s one he’s more than capable of performing in if he wants. And in a nutshell, that’s his biggest problem. Attitude. Does he really want to stay and tough it out at Old Trafford?

“Might be best for all concerned if he looked elsewhere if he’s not prepared to accept a varied attacking role.”