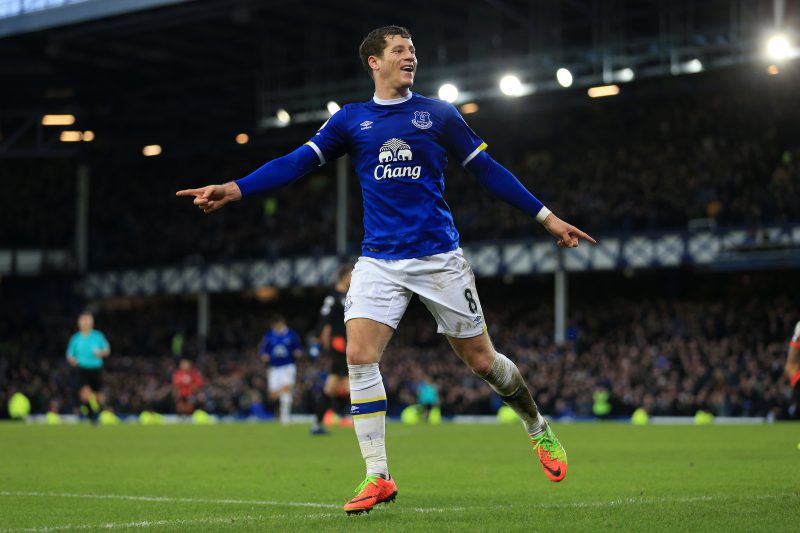 Everton star Ross Barkley is quickly emerging as one of Tottenham Hotspurs’ top targets for this summer.

The England midfielder has just 12-months left on his current deal, but he has stalled over a new deal.

Football INDEX Talk – Ross Barkley is going for £1.92 – for a player of his calibre that is surely too low…CLICK HERE to play and start winning

Barkley was unhappy with how Ronald Koeman dealt with the situation towards the end of the season – as the Dutchman warned the 23-year-old to sign or be sold.

Barkley’s future remains unclear, but Everton have already signed Dutch star Davy Klaasen this summer and are also looking at Gylfi Sigurdsson – which appears to suggest they are planning for life after him.

I understand that Arsenal, Manchester United and Chelsea have all asked to be kept informed – but the real interest is emanating from long-term suitors Tottenham.

Spurs have always been keen on Barkley and clearly boss Mauricio Pochettino can seem him fitting into his system.

Tottenham are actively trying to off-load Moussa Sissioko, with a move to China the most likely option, whilst Erik Lamela’s injury means he will miss the start of the season – which gives a clear opportunity within the squad for someone like Barkley.

With just 12-months left on his current deal, Spurs are unlikely to go above £25million – and whilst Everton want more – they know his value is diminishing every month whilst his contract goes unsigned and the last thing they want is to lose him for nothing next summer.

For the first time Bookmakers also make Tottenham the most likely landing spot for Barkley, and SkyBet now make them odds-on to land him.

They make him 7/5 to remain at Goodison.