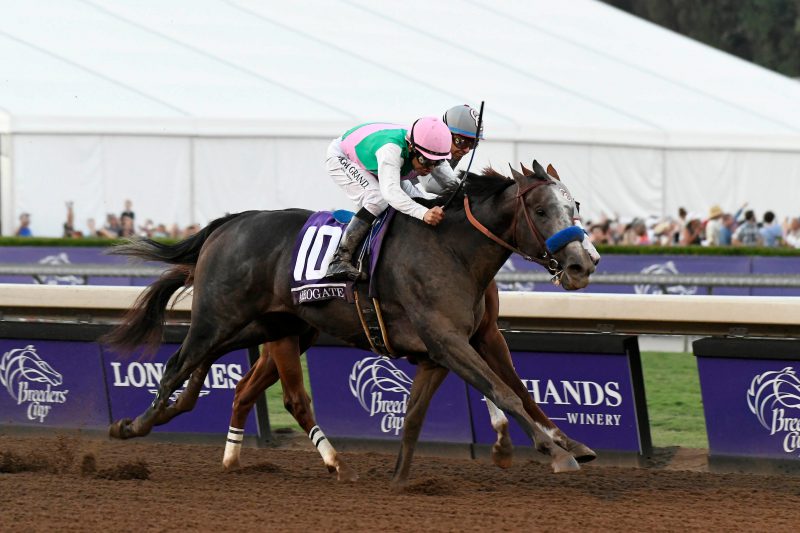 American superstar Arrogate was beaten at the weekend in one of racing’s biggest ever shocks.

Bob Baffert’s Juddmonte Farms-owned grey was sent off the 1-20 favourite despite racing over a trip short of his best and conceding weight to all of his rivals in the San Diego Handicap at Del Mar.

In what was supposed to be nothing more than a prep for the Pacific Classic next month, the Dubai World Cup winner never looked comfortable.

Jockey Mike Smith tried everything to to spark some magic out of Arrogate, who won in Dubai in such spectacular fashion, but none was forthcoming.

Accelerate made all the running to win for trainer John Sadler and Victor Espinoza.

“I think he was just flat,” Baffert told www.bloodhorse.com.

“I knew coming down here can be tough. Maybe I should have (worked) him (down here).

“Mike said he was just flat and never in the race did he feel he had any horse. I think he just laid an egg.”

Smith was also struggling to come to turns with what had happened.

“He was just flat – so flat. We were going around there OK, and then I took him outside like I did in the World Cup, but he just didn’t pick it up.

“So I dropped him inside again and cut the corner, then wheeled him outside once more, and tried to get something from him. But he was just flat. He wasn’t trying. So I just wrapped up on him and got him home safe.

“We’ve got to go back and start over again. Get it back right.”