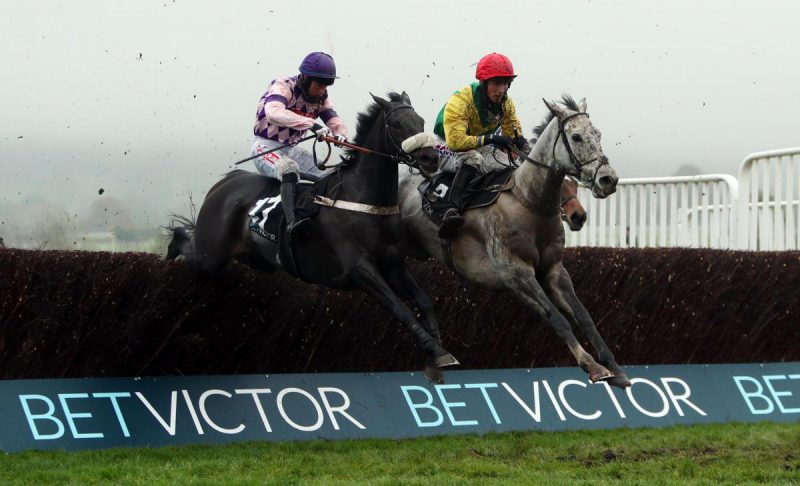 Dual Oaks winner Enable is 7/4 (from 6/1) with BetVictor for Saturday’s King George VI & Queen Elizabeth Stakes after trainer John Gosden reported on Monday that connections are considering a tilt at the mid-summer, all-age Ascot highlight.

Antepost favourite Highland Reel is out to 6/4 (from 5/4 with BetVictor) for Aidan O’Brien but will he go off market leader if the filly is given the green light midweek?

The ground will be drying out significantly at Colwick Park Nottingham ahead of this evening’s card but there is still likely to be a bit of juice in the ground.

Ginbar (6.20) had the best of the draw at Chester on debut but finished a good second and is entitled to improve for the experience. Richard Kingscote takes over in the plate for Tom Dascombe and the son of Kodiac can take advantage of the 7lbs he receives from the penalised Paul Cole runner May Return. The latter has finished runner up in three of his last four starts and may have to settle for the silver medal again tonight.

Clive Cox fits the lightly-raced Dark Power with a tongue-tie for the first time and I expect the grey to leave behind his recent Windsor return with the cut in the ground very much a positive. The three-year-old scored over C&D back in October on his second start and the ground on that occasion was good to soft. That wouldn’t have been the best maiden ever staged on the track, however, and he is overlooked in favour of the hat-trick seeking Champagne Bob.

The selection can ran from the same mark as when easily winning a Newbury apprentice event on Friday and today’s pilot Katherine Glenister had previously steered the grey to a Chepstow win from a 3lbs lower mark. The selection is, arguably, in the form of his life at present but he has won from a marginally higher mark in the past. As long as the word soft appears in the official going description, he must go close.

The extended mile handicap is a cracker with progressive three-year-olds Lamloom and Natajack clearly going the right way but Fit For The Job (7.50) was well on top at Windsor at the beginning of the month and his 4lbs rise is offset by Finlet Marsh’s 7lbs claim. The five-year-old won a Curragh handicap for David Wachman from a significantly higher mark as a 3-y-old and, with his confidence restored, the gelding can follow up for Jonjo O’Neill and the green and gold silks of JP McManus.

Mordoree looks to be crying out for a step up in trip but she is a big player at this extended mile having finished a staying on second at Ffos Las earlier in the month. Clive Cox fits cheek-pieces on the filly for the first time but I just feel she might appreciate another quarter mile before she is seen at her best.

Chough (8.20) had been campaigned over further on the all-weather ahead of her turf debut when second over a mile at Brighton. The selection has been raised 3lbs for that career-best effort but now that connections have found her ideal trip the hope is that she can improve again with Charlie Bennett again taking the mount.

Maakasib did the column a favour when scoring at Kempton last time but he had the run of the race on that occasion and he might not be able to back that run up in the Chelmsford feature. I hope the Simon Crisford 3-year-old can help set the race up for Mazzini (7.00) who finished runner up over C&D on his penultimate start and James Fanshawe fits his 4-y-old with headgear for the first time.

High End (8.00) has been gelded before tonight’s racecourse debut but is bred in the purple given he is by Dubawi out of Fillies’ mile winner Crystal Music. Josephine Gordon takes the ride for Saeed bin Suroor and the market should provide valuable clues with Roger Varian’s once-raced Subhaan setting a decent if not insurmountable standard.