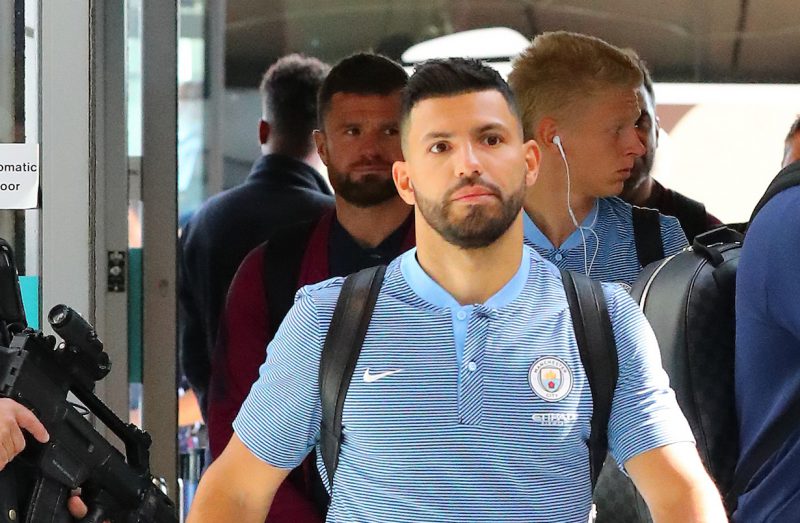 Manchester City are once again considering the prospect of including Sergio Aguero in their deal to Alexis Sanchez.

Arsenal’s Chilean superstar has long been one of City’s top summer targets but they have been patient in their approach.

Football INDEX Watch – Alexis Sanchez £4.68/Sergo Aguero £2.70– If the Chilean gets his move to City, surely still a great buy. And Aguero at under £3 is just a no-brainer!

Aguero’s name has been mentioned before by both clubs, but not I understand the question has again been asked by Arsenal and City could be ready to let one of their modern day legends depart.

I believe City’s hierarchy would ideally rather keep him, but should Sanchez arrive and with Gabriel Jesus already highlighted as the number one striker – they realise Aguero could be left very unhappy on the bench.

City also consider letting Aguero move to Arsenal, given they don’t consider them as active title contenders and Wenger would only be too happy to take the Argentine, and they would be able to take his wages as they are understood to have offered Mesut Ozil close to £300,000-a-week. Likewise City would have no qualms about meeting Sanchez’s demands – understood to be around £400,000-a-week.

Sanchez returned to training with Arsenal this week after an extended break following his participation in the Confederations Cup and a bout of flu. But despite being back with The Gunners, he has made it clear to the club he wants out.

PSG remain keen, but City is the club he wants to go and although Arsenal do not want him to go to a rival, the chance of Aguero coming the over way means they would be more more open to the prospect of striking a deal.

We spoke to PaddyPower about the possibility of the move happening and they have quoted 12/1 for Aguero and Sanchez to swap clubs.

Their spokesman Lee Price told us:  “A Sanchez and Sergio swap is Aguer-go go go, it seems.

“Or, more likely, Arsenal will let Sanchez head north, and they’ll bring in a French teenager. But not THAT one.”