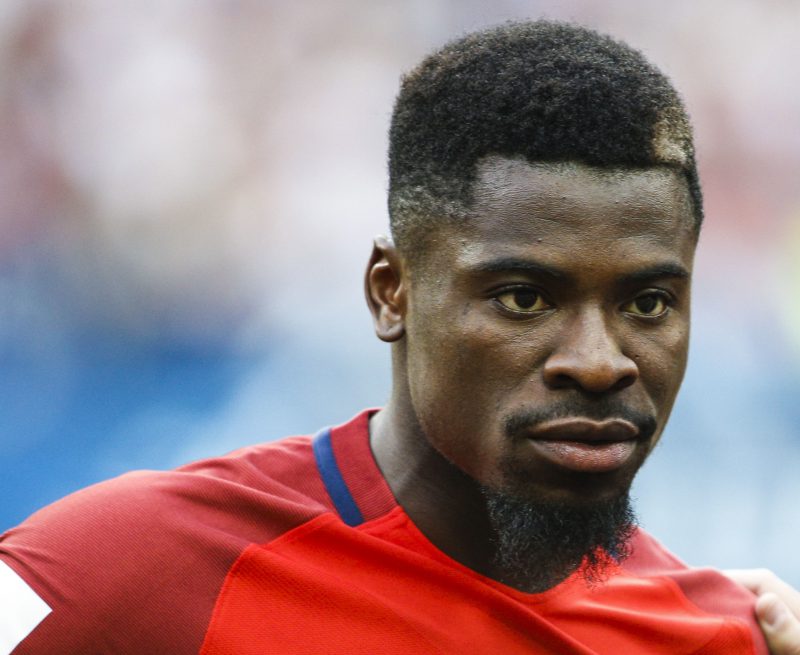 Tottenham are confident that their bid to land Serge Aurier will be completed before the weekend.

Spurs have been locked in talks with Paris Saint Germain over the Ivorian full-back and a deal just short of £25million has been agreed.

Football INDEX Watch – Serge Aurier – £0.93…If as expected he moves to England, looks a bargain at that price

The 24-year-old has already agreed terms on a five-year deal with the North London giants, who have been looking at cover at full-back following the sale of Kyle Walker to Manchester City earlier in the summer.

Aurier had attracted interest from a number of Premier League clubs this summer, but it is Spurs who have pushed ahead with a deal.

Sources close to Spurs believe a deal will be done ahead of their weekend clash with Burnley at Wembley on Sunday following the club record purchase of Davinson Sanchez from Ajax – who completed his move on Wednesday.

Bookmakers are still taking money and SkyBet are still offering 2/5 on Spurs completing a deal for him.