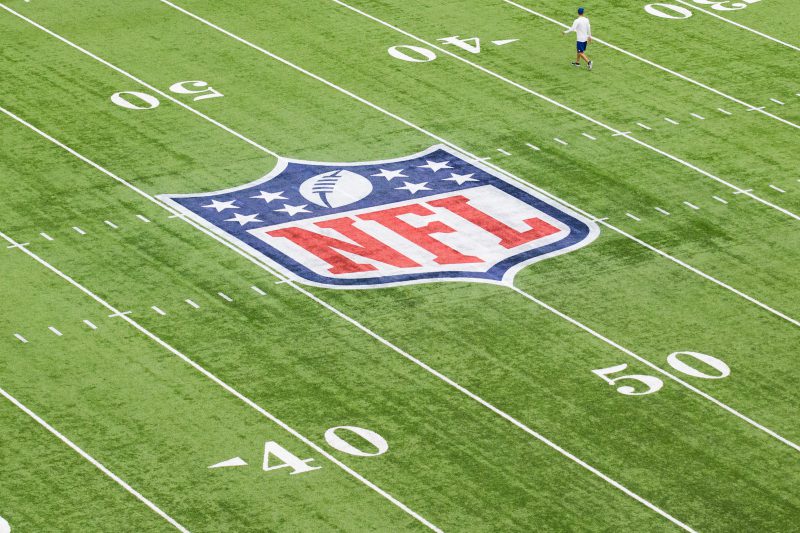 The Patriots beat Atlanta Falcons in the Super Bowl in Texas in February, producing one of the greatest comebacks in sporting history – having been 25 points down at one stage.

Now going into the new season and New England are firm favourites to go on and become, equally, the greatest NFL franchise of all time.

Patriots head coach Bill Belichick has won a record five Super Bowls, and he is fancied to land another ring – although Pittsburgh – who hold the record with New England – are tipped to give them a real stern challenge, and both of those come from the AFC.

Atlanta are expected to again challenge in the NFC with the likes of the New York Giants and Green Bay looking the main competition.

See below for a run through each Conference and team, with expert opinion from broadcaster Nat Coombs, our own Graeme Bailey and Coral’s John HIll – who provide all the odds for our NFL coverage. 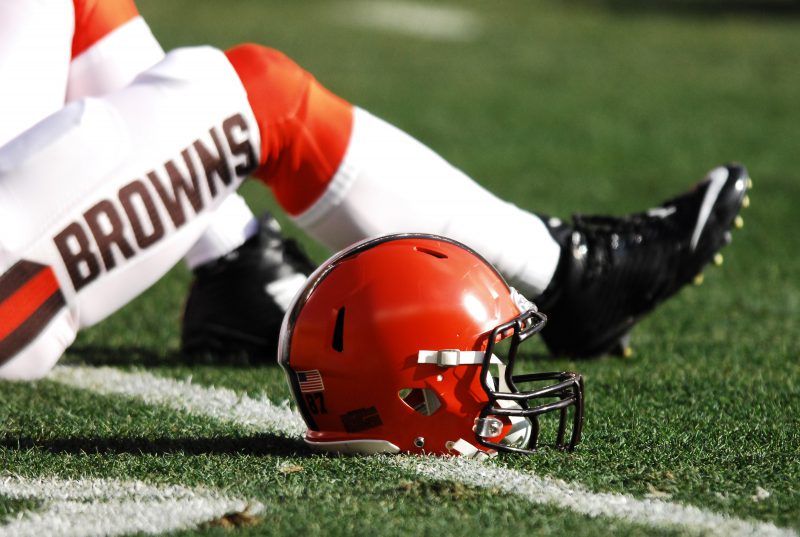 PREDICTION: Only one winner in this one, The Patriots and they will take some beating not to take the overall prize again but Miami Dolphins could and should be play-off contenders. The Jets are considered the weakest team in this season’s NFL and it is hard to argue with that.

PREDICTION: Pittsburgh should have gone further last season, this might be the last year for this team to push on and win something, and they are capable of competing for a Super Bowl title and they will win this division. Cleveland will no longer be the whipping boys here and could push for second, but Baltimore are the likeliest to finish behind Steelers, whilst the Bengals look unlikely to push too hard and look on the way down.

PREDICTION: Houston are fancied by many to go far, and I think they will win the division but Tennessee are ones to watch and could easily be a wild card coming from this division. The Colts could push for second but The Titans should be too strong. The Jaguars will be finishing bottom again.

TGT PREDICTION: Kansas City are going to win this division again, but only just with Denver pushing them all the way – either way both are going through to play-offs. Oakland over-achieved and they will be hard pushed to make the play-offs again, I don’t think they will. The Chargers will get used to their new surroundings in LA and won’t be too bad but will be bottom.

AFC OVERALL PREDICTION: So the divisional winners, they will be New England, Pittsburgh, Houston and Kansas City with Tennesse and Denver landing the wild card berths with Miami missing out. From that I expect the Patriots to face Kansas City in the Conference final, with New England going to the Super Bowl.

CORAL VIEW: New England have been the most popular selection so far in our Super Bowl betting to follow up their success back in February in that incredible game in Houston. Losing Edelman is a clearly big blow for the Patriots, however, Belichick never struggles to find receives for Tom Brady and with Gronk back this season, it is easy to see why punters are putting their faith in the defending champions

NAT’S VIEW: It is hard to look past the Patriots – they have bolstered the receiver positioning and changed things up a bit and they remind me of the 2007 Pats and look more a threat on offence to me. They already have an advantage by being in one of the easiest divisions in the NFL. I really like the look of the Steelers this year, no argument with their offensive talent and so they have to be in with a shout. . A lot of people are on the up with The Raiders but unlike the Patriots they have a very strong division, indeed some people think the AFC West could provide up to three play-off teams with the Chiefs and Broncos too. Sleeper picks, I think everyone is down on the Jags, but they have some very good players for me, if things click and players play to their potential they could be ones to watch – if you look at their schedule they could conceivable be 4 and 2 and if you look at their division they could be interesting. But in the AFC I am going to say the Patriots and the Steelers. 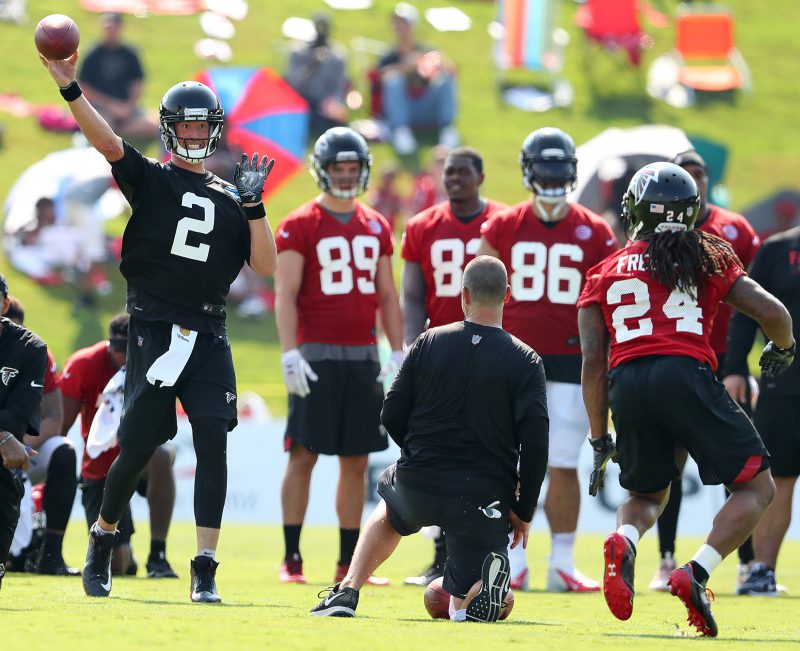 PREDICTION: New York Giants are the pick here for top spot, getting back to form and they could be the team to beat in the NFC. Hard call for Dallas to make a repeat and they may struggle to make the play-offs. Philadelphia and Washington should both push for positive years.

PREDICTION: Green Bay should win this division with a better start, and will be serious contenders for the Conference Championship. Minnesota should take second from Detriot but may miss out on play-offs. Chicago will be competing for number 1 draft pick next season.

PREDICTION: Atlanta and Tampa Bay are going head to head, they will both make the play-offs I believe, with The Falcons just taking the win. Both could go deep into the season. Carolina should improve and beat New Orleans – who will finish bottom.

TGT PREDICTION: Seattle should take this division, but Arizona could surprise a few and they might make the play-offs. The Rams should continue to improve and will be well clear of San Francisco who will be challenging the Bears and Jets for number one pick in 2018.

NFC OVERALL PREDICTION: New York, Green Bay, Atlanta and Seattle to take the divisional titles with Tampa Bay and Arizona – just edging out the Vikings for the wild card. So much tougher to call then the AFC but I expect New York to face Atlanta in the Conference final with The Giants going to the Super Bowl.

CORAL VIEW: In the NFC, we have seen nibbles for Seattle who who have improved that impressive defense of theirs with the addition of Sheldon Richardson. Russel Wilson has reportedly shed a few pounds during the off-season so he should be even more dangerous outside of the pocket. Although it was a tough pill to take back in February, Atlanta still have all the weapons to be a contender for the Vince Lombardi Trophy this season. Matt Ryan was the MVP last season and with Julio Jones and Freeman in the backfield, expect them to go close.

NAT’S VIEW: I think the Seahawks are going to go deep again, they have made some shrewd signings for me, and I like the argument that this team could be set for their last hurrah, that might be over stating it a but but the talent is there. Then it is really hard to call, so many teams have a good chance of a play-off spot. Tampa Bay are one of those, who need to get an upside early on and it is a really important season for Jameis Winston – is he going to prove himself to be a top-ten talent? But the team I really like in the NFC are the Giants. I don’t think that many people are talking about them but they have enhanced a lot and if they can get their running game going they will go far, and if they get a top-2 seed they will be very hard to beat. Dallas are very strong, losing Zek Elliott for a few games I don’t think will impact too much, but they should be there as I think Dez Bryant will have a monster year and get back to his best. Green Bay need to get more balance, the defence has been a problem for them as they will always put points on the board but they have to hope they have got the system right. With them it is how they compete against the big teams with the big offences, that is why they have to get their defence right. And overall for the NFC I am going with Seattle and the Giants. 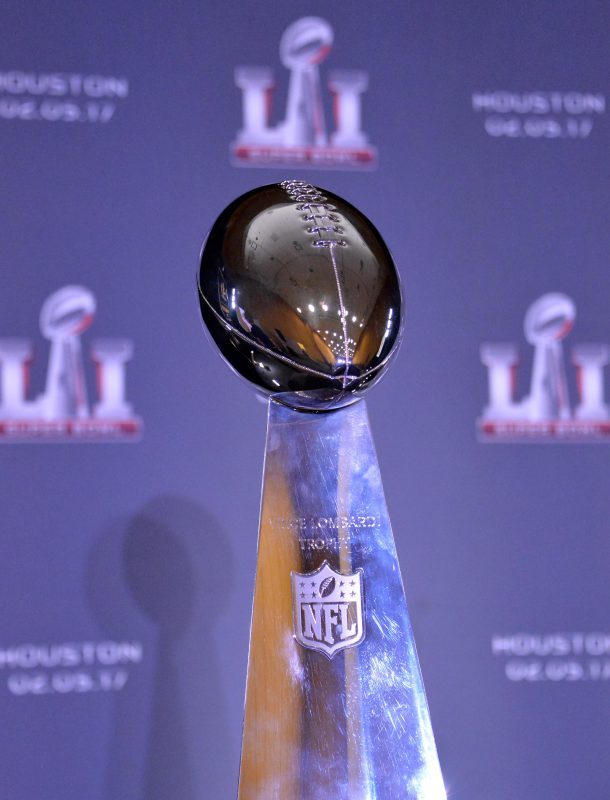 SUPER BOWL PREDICTION: So as has been laid out, I expect Patriots v The Giants in the Super Bowl and I fancy New York to edge it…