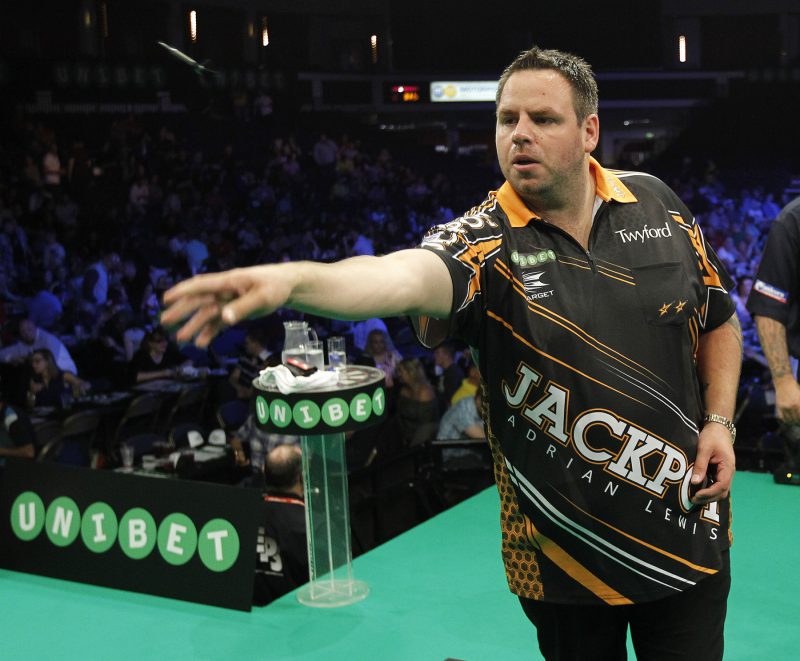 The second edition of the Unibet Champions League of Darts takes place this weekend at the Motorpoint Arena in Cardiff with a cool £100,000 going to the eventual winner.

Played in front of the live BBC cameras, the star-studded starting entry features the top 8 ranked players from the PDC World Rankings earlier on in the summer. The octet has been split into two Round Robin Groups. The top two from each section will advance to the Knock-Outs.

The BBC has made a big commitment and fuss about this event; and rightfully so. Enthusiasm is surely reciprocated by the Professional Darts Corporation, who are able to showcase their prize assets to a wider audience outreach on terrestrial TV.

In both aspects, this weekend should be great viewing – let’s take a look at the action.

People talk about ‘Groups of Death’ in sport; well, this is a humdinger! All four are multiple World Champions – they have a staggering 25 World Titles between them, plus countless other major honours and accolades.

This looks set to be the last professional title Phil Taylor will ever defend with his pending retirement at the end of the season.

Taylor went undefeated here last year, getting the better of Michael van Gerwen twice in both the group stages and then the final.

‘The Power’ also defied the odds in Blackpool about 6 weeks ago when he lifted a 16th World Matchplay Championship, along the way smashing MVG and the formbook. During that same week he also saw off Raymond van Barneveld, Adrian Lewis and then Peter Wright in the final, all competitors in Cardiff this weekend. Not bad for a 57 year old, eh?

Taylor has really scaled down his commitments during this swansong year, but since the Matchplay he has also won a World Series event in Australia last month.

Van Gerwen was left licking his wounds following that 16-6 destruction from Taylor which was even more remarkable considering the Dutchman’s relentless form over the last 18 months and longer.

After that loss the World Number 1 took time off becoming a dad for the first time, but he has recently returned to action winning more European Tour events in Holland and Germany during the last two consecutive weekends.

Losing here 12 months ago, plus the Blackpool loss, I expect a big effort from Michael.

Lewis has been short of matchplay throughout 2017 due to having spells off recovering from surgery, and like van Gerwen, having had a new baby over the summer.

The two-time World Champion is still well inside the PDC’s top 8 rankings, though, and will have been buoyed with his Semi-Final run at the Matchplay – his last TV appearance.

We know Barney thrives playing the best players on the big stage, although he hasn’t won a major individual trophy since the 2014 Premier League.

RVB will face Taylor in this group; it could be the last time these two legends of the sport will meet on a professional stage. Barney did get the better of his nemesis the last time they meet in Perth a couple of weeks ago, in a tournament where he reached the final.

For a number of years Barney was the flagbearer for the BDO with four of his World Championship victories in front of the BBC cameras – perhaps he may draw inspiration from that?

Compared to the other group this pool is very light on majors won in their careers so far, but all four are obviously extremely dangerous on their day.

I feel a little bit of Anderson’s momentum and intensity has gone since losing his World Championship title at the start of the year. Having said that, his performance levels are still very high and he has bagged two World Series events this year in Dubai (retaining the title and defeating van Gerwen in the final) and in Perth (his last tournament outing). I expect the ‘Flying Scotsman’ to qualify top of this group.

Fellow Scot Wright has had the season of his career which has seen him claim his maiden TV major at the UK Open, a quartet of Euro Tour wins and a quartet of wins on the floor.

Wright has played more events this year than anyone else, and with the standard of the circuit being so high these days, odd losses and slight dry spells are very likely to happen. However, I believe Wright’s progression and confidence took a knock when he missed match darts against van Gerwen to win the lucrative Premier League in May.

‘Snakebite’ had beaten the World Champion in the final of two of his Euro Tour wins this campaign – one of those was in fact a sensational 6-0 success. Yet conquering him on TV in a major competition would have been a huge, prosperous step. Since then Wright has also lost to Taylor in the World Matchplay and Melbourne Masters Finals too.

The World Number 3 is very resilient and resourceful, though. I predict him to qualify with Anderson out of this group.

Debutants Chisnall and Suljovic are yet to become major winners; perhaps as a consequence they are generally 33/1 and 40/1 outrighters respectively.

They have however definitely earnt their places through hard graft, both have won PDC tournaments away from the cameras. Their consistency on tour across the various tiers makes them threats; Chisnall has the power scoring, whilst Suljovic’s unorthodox style and rhythm has seen many top players come a cropper.

The winner of each group will play the runner-up from the other group. Both the Semi-Finals and Final will be played in a super session on Sunday evening.

Unsurprisingly van Gerwen is the clear favourite, but considering the strength of the opposition this weekend, I personally can’t get excited by an odds on price for him – especially when I look at the group he is in.

There is quite a significant gap between the current big 4 (MVG, Anderson, Wright & Taylor) and the others in the outright market. Going on form and results across 2017, there is a strong case they’ll be contesting the Semi-Finals, although the most likely threat to that line up, in my opinion, is van Barneveld.

The Unibet Champions League of Darts is absolutely packed with quality this time round, and the installation of Michael van Gerwen at odds on favourite 41/50 says more about that quality of the man than any perceived lack of quality elsewhere. At that price though, it’s easy to make the case that he is just a little bit short to represent much value, especially with the quality around him. He may well win, but there’s more value elsewhere.

In his last outing in the competition before his retirement at the end of the year, last year’s winner Phil Taylor will have extra motivation to win. At 6/1 there is certainly plenty of value there, and it is worth noting that last year he defeated van Gerwen in both the group stages and the final on his way to victory.

It could be argued that the slightly ‘weaker’ make up of group B, with 2 of the longer odds prospects in debutants Dave Chisnall (28/1) and Mensur Suljovic (40/1), mean looking for an overall winner from the remaining 2 in the group makes sense. 2 time world Champion Gary Anderson and world number 3 Peter Wright will both fancy their chances at 5/1 and 13/2 respectively, and with greater certainty of reaching the semifinal stage on Sunday, certainly look like a worthwhile shout.

With a variety of tournament bets also available at Unibet, Group A to have the most 180s at 8/11 looks to be a solid bet as well!