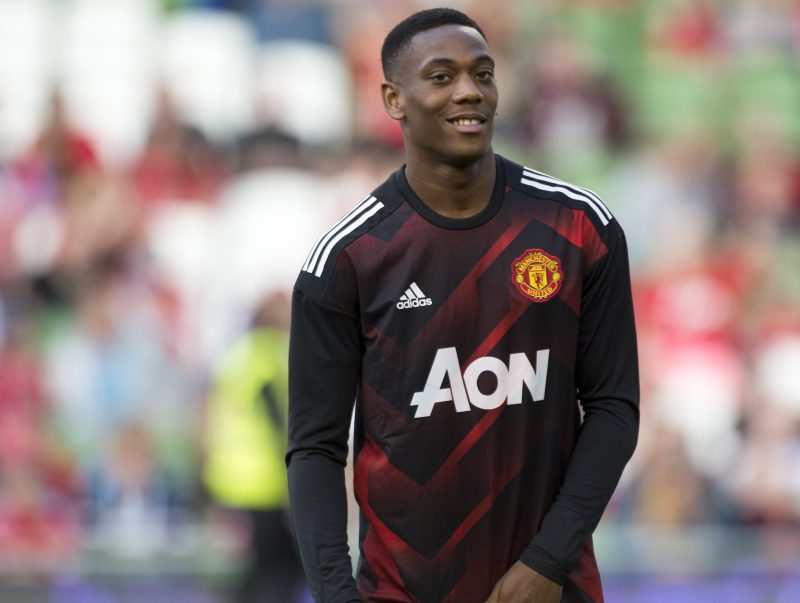 Arsenal have asked Manchester United to be kept informed about Anthony Martial situation.

Arsene Wenger has long been a fan of the former Monaco forward and has made it clear he would be welcome at The Emirates.

The French forward, although settled in Manchester, is growing increasingly frustrated by his lack of first-team action – which has seen him start just one league game so far this season.

Martial knew this was likely following the signing of Romelu Lukaku, meaning he was left to battle for a place out wide.

United are happy with the 21-year-old, but it remains to be seen whether he will be pleased warming the bench all season – as currently looks the likelihood.

Arsenal have now made it clear to United that they would like to be kept informed, about his situation.

With United keeping tabs on Arsenal duo Mesut Ozil and Alexis Sanchez – both out of contract at the end of the season – the Martial link could materialise further.

We caught up with PaddyPower about the market surrounding Martial and Ozil, and their spokesman Lee Price told us: “We think Ozil and Martial are both odds-on to stay put in January – but, if they do go anywhere, each other’s clubs are the favourites for each.

We also got some United insight from United End editor Tom McDermott and got his thoughts on Martial.

“Martial is in a battle with Marcus Rashford for a spot down the left and at the moment it’s working perfectly for Jose Mourinho with both players playing well and scoring goals when given the opportunity,” McDermott told TheGamblingTimes.com.

“If anything, Martial is probably better suited to the wide role so the chances of him leaving soon are pretty slim. Like Rashford, Martial also offers Mourinho another option through the middle and with Zlatan Ibrahimovic not sue back until January, that’s very important.”