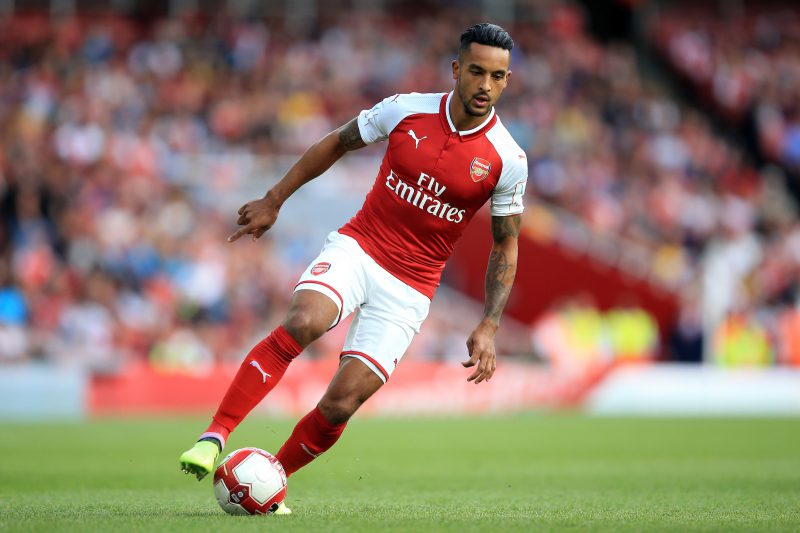 Theo Walcott has been told that Arsenal will look to sell him in January unless he can make big strides and show he is still first-team material next three months.

The England international has 18-months left on his contract, which sees him as one of the highest paid players at the club – but he is yet to start a league game this season.

Two goals in the midweek against BATE Borisov have put him back in contention, but Arsene Wenger remains unconvinced he has a long-term future at the club.

Walcott still believes he can once again become a fixture under Wenger, but time is running out and other clubs have been registering their interest,

West Ham United and Crystal Palace would both take him and offer him the chance to stay in London, whilst Everton are also keen. I also understand his former club Southampton would also offer him a route back to St Mary’s.

Walcott himself is understood to be considering his options with next summer’s World Cup in mind. As it stands he has little chance of making Gareth Southgate’s squad – but a possible move and up-turn in form could very well see him in contention for Russia.

It now remains to be seen what happens over the coming months, but Walcott is understood to be hopeful he can force his way into contention but he is also now open to the idea that he may need to move to kick-start his career.

Bookmakers are looking at Walcott’s future and think a move could be on the cards in January.

We spoke to BetVictor and their Head of antepost Football Michael Triffitt about Walcott and their market on his future, with West Ham, Everton and Southampton the favourites to land him.

“Theo Walcott reminded Arsenal fans on Thursday how good a player he still remains with two goals to help the Gunners to a 4-2 win in Borisov.

“However, Arsene Wenger continues to ignore the player in the Premier League where he has to be content with appearances off the bench. It may be that Theo’s time is up in North London but there would be plenty of clubs clambering for his signature.

“A move across the capital to West Ham may appeal and the Hammers are 5/1 co favourites along with Everton and former club Southampton who are also big admirers of the player.”