Enable or Cracksman? Huge choice for Frankie Dettori in 2018 - The Gambling Times

Enable or Cracksman? Huge choice for Frankie Dettori in 2018 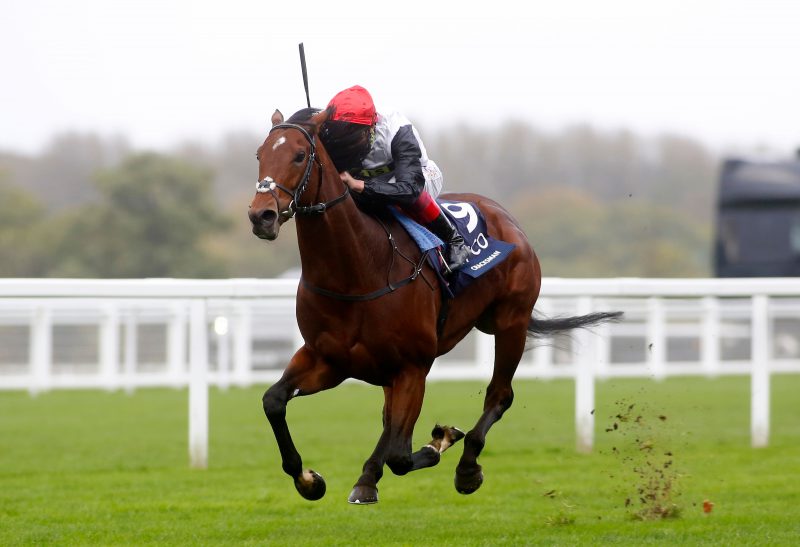 Bookmakers can’t decide who Frankie Dettori will prefer to ride, if and when, the brilliant Cracksman and Enable meet next season.

Dettori has delivered on both of trainer John Gosden’s superstars horses this season. Enable finished off her excellent campaign with victory in the Prix de l’Arc de Triomphe and then just as impressive was Cracksman’s victory in the Champion Stakes at the weekend.

People eager to know who Dettori might side with, but he has refused to give an hints.

“To have Enable and Cracksman in the same year, well done John Gosden, he’s a genius and I’m delighted. Don’t ask me [which is better],” said Dettori.

“If we hadn’t won the Arc a couple of years ago with Golden Horn, maybe Cracksman would have taken on Enable at Chantilly, but we felt that could wait for another day.

“We knew Enable had worked seriously well before the Arc and we felt missing the race this year was the right decision for our horse.

“Let’s hope both horses stay safe and sound and they can maybe meet in the King George or the Arc next year on genuine good ground. That would be something to look forward to.”

The two horses are the leading early picks in the Arc market for next year, with BetVictor listing them at 3/1 and 5/1 respectively, but they can’t decide who Dettori will be on.

If the two clash, Dettori is currently 10/11 to ride either horse.

BetVictor Spokesperson Jack Milner said: “Timeform have Cracksman rated 2lb higher than his stablemate, and five-time Group 1 winner Enable, but BetVictor remain unconvinced he’d choose the Frankel colt over the Arc winner and are each of two for him to ride one or the other when the pair eventually lock horns next term.”

Who will Frankie ride in big clash?