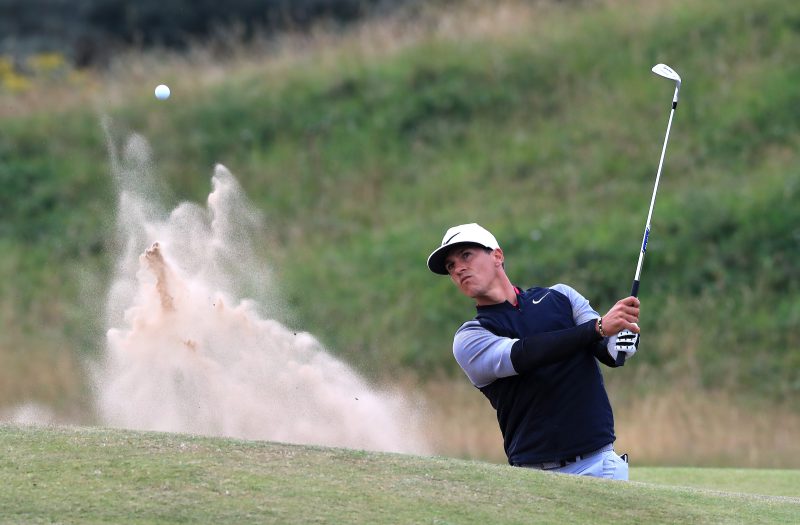 As the Race to Dubai nears its conclusion, the European Tour is in Turkey whilst the PGA Tour has returned back across the pond to sunny Las Vegas.

The event enters its fifth year and has attracted a stellar field – including Race to Dubai leader Tommy Fleetwood – although the favourite for the event is Justin Rose, who arrives in Turkey after stunning victory at the final World Golf Championship in China last week.

Time for some chipping. 🇹🇷 #turkishairlinesopen

Defending champion is Danish ace Thorbjorn Olesen, who is back to defend his title.

“The field is looking very strong again this time around but I’ve got good memories of Turkey, the course suits my eye and hopefully I can have another good week,” said Olesen.

On the PGA and they are back on home soil after a stint in Asia with the Shriners Hospitals for Children Open in Nevada.

Founded over 30-years ago, the event takes place at TPC at Summerlin.

Austrlian Rod Pampling is the man who took victory in Las Vegas 12-months ago and he is hopeful of being the first man to defend this crown since Jim Furyk in 1999.

“My number one goal this week is to defend my title and my game doesn’t feel far away at all from being really good,” he said.

Major winner Bubba Watson returns to action to begin the new season here and it is the first time in a decade he has featured here, whilst former winners Webb Simpson, Ryan Moore, Smylie Kaufman, Kevin Na, Jonathan Byrd and Martin Laird are also in the field.

The Turkish Airlines Open looks a very good field to me this week, and there are some big names competing here – but I think Tommy Fleetwood has a great chance.

Over in America, I think Las Vegas resident Charley Hoffman is one to watch – but maybe someone like Kevin Na, who has won there before.

A pair of birdie-fests await Tour pros on either side of the Atlantic this week and so we will be looking for players who can go seriously low with our selections.

The European Tour is gearing up for the Race to Dubai climax with the mega-money Turkish Airlines Open and there are a pair of big guns heading the betting.

Major winners, Henrik Stenson and Justin Rose, are those men and both can be backed at 15/2 to come home ahead of the rest in this small field tournament. Will their undoubted class be such an advantage on this week’s east test though? Last year’s leaderboard does not suggest so and we’d look elsewhere for our bets.

George Coetzee is in fine nick at present and he enjoyed this test last year, finishing fourth. He has a pair of top 10 finishes in his last four appearances and is capable of going very low when the mood takes him. At 25/1 he is worth an interest this week.

Frenchman Alexander Levy is a similar type and looks a tempting play at 45/1 with the Betfair Sportsbook paying down to sixth place. At a huge price, the market may have overlooked Hideto Tanihara. The Japanese golfer has impressed in his irregular European Tour appearances this year and is deadly on the greens. There are worse 100/1 shots, believe me!

Scoring will be similarly low at the Shriners’ Hospital for Children Open in the US but, unlike Europe, the betting is wide-open with 16/1 Tony Finau the shortest price in the field, followed by Webb Simpson – a popular selection this week – at 18/1 and Patrick Cantlay at 20/1.

Long-shot winners are relatively common in this event and this might be a tournament in which to bet in-play, but a few speculative pounds could be on desert golf specialist Martin Laird at 50/1. It’s worth noting that this is Charley Hoffman’s local event and he will donate all his prize money to the tournament host and this 33/1 shot has finished in the top six on three occasions at TPC Summerlin.