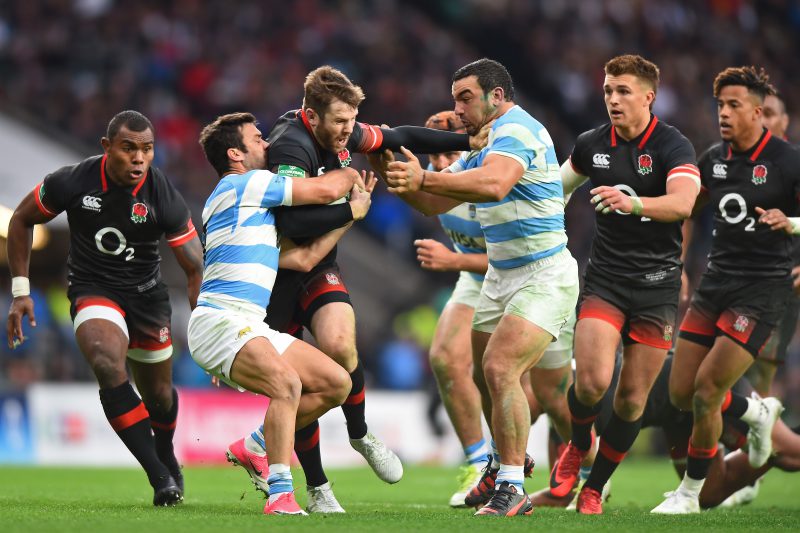 England, Wales, Scotland and Ireland are all in action for their second Autumn internationals.

After suffering a 13th successive defeat to Australia, Wales will be looking to bounce back to form as they welcome Georgia to the Principality Stadium on Saturday.
Week one of the autumn internationals was an infuriating one for Welsh fans, primarily due to the brilliance of Kurtley Beale, who ran the show for the Wallabies as they ground their way to a 29-21 win in Cardiff.
The task set before Wales is slightly less daunting this weekend, however Georgia are not to be underestimated in any sense – something their 54-22 triumph over Canada displayed, but their ambitions go way beyond facing lower-tier sides.
Currently standing above Italy in the World Rugby rankings, Georgia are pressing their case for a place in the Six Nations competition in coming years and will bring an intensity, ferocious play around the breakdown which has every chance of unsettling a much-changed Wales in this first Test meeting between the pair, before a Rugby World Cup pool showdown in 2019.

Prediction: On paper, Wales should be the ones to win this, but an upset could be on the cards in Cardiff this weekend. I’m going to back a cheeky three-point win for Georgia.
Match odds: Wales 1/10 Georgia 6/1
Unibet pick: Wales -19.5 @23/20

England head coach Eddie Jones has revealed he was left in the “dog house” with his 93-year-old mother after television camera caught his expletives as England struggled past Argentina last weekend, eventually running out 21-8 winner, but the scoreline omits much detail.
Jones will not be the only one in the dog house; it was a frustrating performance, difficult to watch in many places, with numerous unforced errors, forward passes and knock-ons – something England can ill-afford this week as Australia travel to Twickenham.
The Wallabies travel over the border from Wales buoyant after claiming a hard-fought 29-21 triumph at the Principality Stadium last weekend, much due to the magic of the maverick Kurtley Beale, but England are heading into Saturday’s clash seeking a fifth successive win over their bitter old rivals Australia.
Jones was not without encouragement last weekend, with Bath flanker Sam Underhill shining on the international stage showcasing his talent as an out-and-out number seven, but England will need to find much more cohesion if they are to take out the Wallabies once again, but the return of the talismanic Owen Farrell should make a significant impact in this department.
Prediction: England have the talent to overcome Australia, there is no doubting that, but this can be expected to be another fierce fight. England by seven at rugby HQ.
Match odds: England 1/3 Australia 23/20
Unibet pick: England -9.5 @ 21/20

There is no greater test in rugby than facing the infamous All Blacks, and that is precisely the daunting task which Scotland face at Murrayfield this weekend, but Gregor Townsend’s men should have an element of confidence after a strong victory over Samoa.
A throng Murrayfield was treated to a host of tries last weekend as Scotland and Samoa ran in 11 scores, six of which going to the home side to guide them to a 44-38 victory, but the visit of an imposing New Zealand side will offer a true reflection of where Scotland stand in the order of world rugby.
The All Blacks began their end-of-year international campaign with a 38-18 win over France in Paris, with five tries and 13 points from the boot of Beauden Barrett, displaying all the qualities you would expect from Steve Hansen’s side – physicality up front and flair from the back.
Scotland will have their work cut out here, but Townsend is seeking a much more expansive approach to rugby, something much welcomed by Scotland fans, yet this clash with New Zealand will most likely be a lesson in attacking rugby from the domineering kings of the game.
Match odds: Scotland 21/2 New Zealand 1/20
Unibet pick: New Zealand -19.5 @ 5/6

Ireland will put their disappointment around the Rugby World Cup 2023 bid behind them as they seek back-to-back autumn international victories with Fiji the guests at Dublin’s Aviva Stadium this weekend.
It was announced this week the Irish bid to host the global showpiece event was overlooked in favour of France, but Ireland will make their statements on the field, as they did last weekend with a comprehensive 38-3 triumph over South Africa, who coincidently had also pitched to stage the tournament.
Ireland dominated the Springboks in every area of the field and were at their dominant, physical best and Joe Schmidt’s men will be out for more of the same this week against the Pacific Islanders, who were beaten last weekend by Italy.
After being ousted by Italy, Fiji will be desperate to show their pedigree of attacking rugby, but Ireland will wrestle the control of this game and should run out comfortable winners once more in front of a raucous Dublin crowd.
Prediction: Ireland took South Africa well in the stride, making Fiji a much easier task to follow up with. Ireland could well take this by 25 or more.
Match odds: Ireland 1/50 Fiji 18/1
Unibet pick: Ireland -21/5 @ 7/10