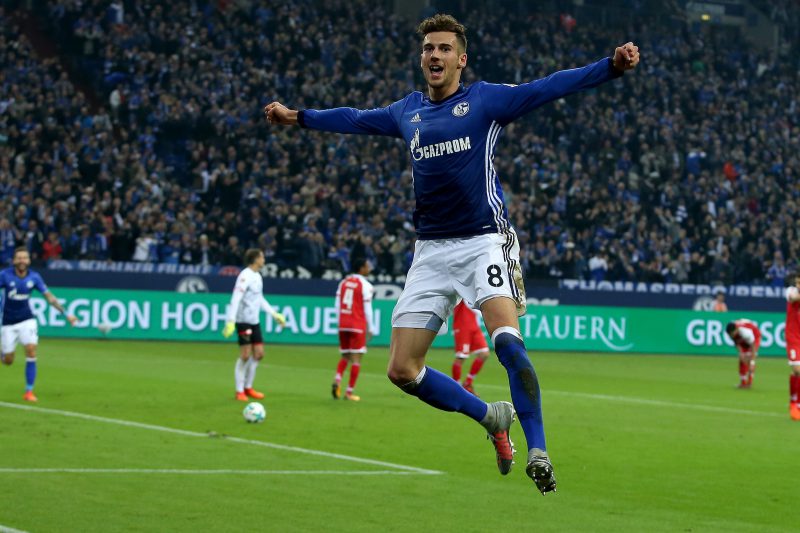 Arsenal and Liverpool are leading the race to land German starlet Leon Goretzka.

The 22-year-old midfielder is out-of-contract at the end of the season, and all of Europe’s top clubs have been alerted to his potential availability.

The Gunners could be losing both Alexis Sanchez and Mesut Ozil between now and next season and are looking at options to bolster their squad.

With Monaco’s Thomas Lemar now looking unlikely to arrive, Goretzka is one of those they want.

Lyon’s Nabil Fekir is another who Arsenal have a liking for, but reports that a £60million has been concluded, and understood to be somewhat premature – but they are pushing ahead with possible targets.

Goretzka’s representatives have already told the club they will not be signing a new deal, and as he turns 23 in February – that means he can move for nothing in the summer.

Liverpool are understood to be Arsenal’s biggest rivals, as the player is understood to have made it clear he wants to move to England, and German national team assistant Oliver Bierhoff has stated that he believes the youngster is on his way to these shores.

Liverpool boss Jurgen Klopp is well aware of Goretzka and has been working hard to convince him to come to Anfield.

Whilst Manchester City, Manchester United, Chelsea and Tottenham are ready to make him offers – sources in Germany believe it is a straight choice between Liverpool and Arsenal.

Arsenal are hoping the lure of London and the chance to link-up with friend Sead Kolasinac – who joined from Schalke last summer – will swing the deal in their favour.

Bookmakers currently make Liverpool favourites to lure him, ahead of Arsenal.

Manchester City's odds on retaining the FA Cup have been cut after the draw for the fifth round was made.

Manchester United, Tottenham Hotspur and Leicester City are all in action on Wednesday evening.