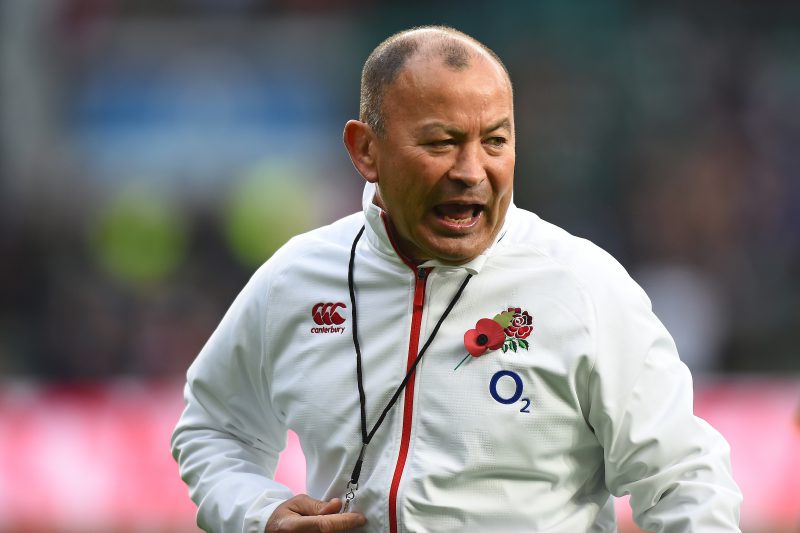 The Autumn Internationals are coming to an end with the latest games involving England, Scotland, Wales and Ireland.

See below for previews on each game…

Eddie Jones makes no bones about his focus being the 2019 Rugby World Cup in Japan and building a squad which is capable of competing at the global showpiece event, something he has demonstrated with a raft of changes as Samoa make the trip to Twickenham on Saturday afternoon.

England claimed a hard-fought 30-6 triumph over Australia last time out, with Elliot Daly, Jonathan Joseph, Jonny May and Danny Care all crossing in tries – the latter of whom comes in to start at number nine this weekend after making such a resounding impact from the bench against the Wallabies.

Samoa’s only November run-out so far was in an 11-try thriller at Murrayfield, where they were 44-38 losers on the day, but their squad has plenty of understanding of Northern Hemisphere rugby, yet it is difficult to see how they can come close to a rampant England, who have lost just one fixture in 2017 so far.

PREDICTION: England should run away with this, but the key will be to hold a solid defence and not get too carried away at the same time. England by 30 would not be a bad shout.
Match odds: England 1/100 Samoa 30/1
Unibet pick: England -32.5 @41/50

Scotland round of their Autumn International campaign by welcoming Australia to Murrayfield on Saturday, with both sides coming on the back of defeat, Scotland having pressed the all-conquering All Blacks close, while the Wallabies suffered hard against England at Twickenham.

New Zealand travelled north of the border after impressive back-to-back wins over France, but they would not have expected should a tight contest, with Scotland giving them a taste of their own medicine with some fine attacking rugby now coming to the fore under the tutelage of Gregor Townsend, yet, as often is the case, the All Blacks eventually prevailed collected a 22-17 success.

Australia, meanwhile, were hard done to in the end after a number of borderline decision – all fairly – went to England and turned the match on its head to produce a 30-6 scoreline, which suggests more of a hammering than it was – with the Wallabies holding their own for the majority, only for England to pull away through some fine displays of individual brilliance.

Michael Cheika’s Wallabies will have to bounce back quick if they are to suppress a Scotland side very much buoyant despite their results.

PREDICTION: If Scotland can produce the same level of performance for 80 minutes which they did against New Zealand for the majority, they can take this. Scotland by seven.
Match odds: Wales 1/10 Georgia 6/1
Unibet pick: Wales -19.5 @23/20

Wales will seek to end a run of 29 successive defeats against New Zealand, stretching as far back as 1953, when the All Blacks visit the Principality Stadium in Cardiff on Saturday evening.

It was the year Queen Elizabeth II was coronated and Dwight D Eisenhower was inaugurated President of the United States of America when Wales last triumphed, and while much has changed in the world since, little has in rugby terms, with the All Blacks continuing to hold a considerable hex over the sport.

Defeat to Australia started Wales’ autumn campaign, but last weekend’s success over Georgia will count for little should they be ousted by New Zealand this weekend, leaving them without a win against a Tier One nation since beating Ireland in the Six Nations in March.

New Zealand look in imperious form as ever, but were hard pressed by Scotland last time out, although they should find things considerably easier as they travel south this weekend, albeit without their talismanic skipper Kieran Read who has been ruled out through injury, yet the still boast an embarrassing wealth of riches.

PREDICTION: The All Blacks should take a grip of this fixture from minute one and hold it to the death, scoring plenty in-between against a struggling Wales. New Zealand by 25.
Match odds: Wales 15/2 New Zealand 1/14
Unibet pick: Wales +18.5 @10/11

Ireland will look to clock up an eighth successive triumph on Saturday as Argentina travel to the Aviva Stadium in Dublin, with the hosts having some significant scores to settle.

Last time the pair met was in Cardiff for a Rugby World Cup quarter-final showdown, in which Argentina ran away with a comprehensive 43-20 victory, something Joe Schmidt’s Ireland will remember all too well and will be out to put right.

Prior to that meeting in 2015, Ireland had won the previous five meetings between the nations and will expect to return to winning ways against the Pumas this weekend, as the visitors come to Dublin with a run of seven straight defeats.

Argentina are far from form, while Ireland are riding the crest of a wave and have been winning ever since their triumph in the final weekend of the Six Nations where they beat eventual winners England, a run Schmidt will trust his men to see through in this final fixture of 2017.

PREDICTION: Ireland will be out to seek vengeance for that fated Rugby World Cup quarter-final defeat and end the calendar year with a fine record of eight straight wins. Back the hosts to win by 15 in Dublin.
Match odds: Ireland 1/9 Argentina 27/5
Unibet pick: Ireland -14.5 @41/50