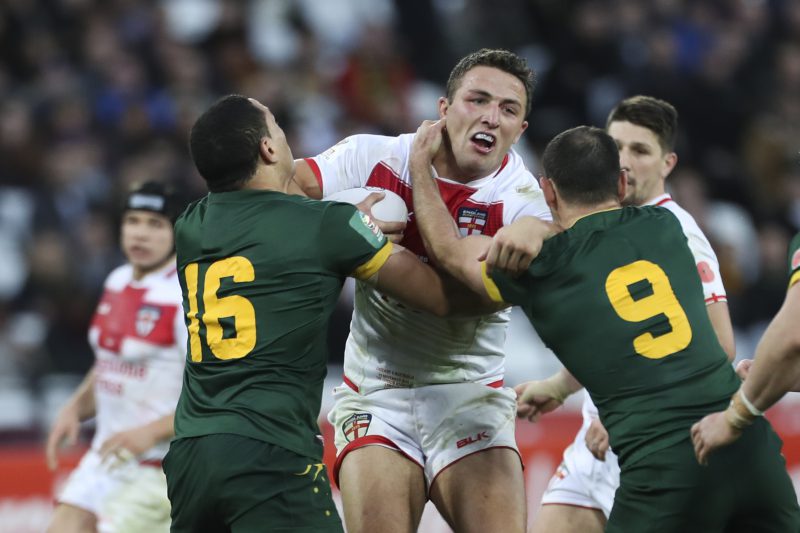 England meet Australia in the Rugby League World Cup final in Brisbane on Saturday, looking for their first-ever title.

As England, the red rose nation have never lifted the world title but Great Britain have three times taken the crown, although the last of those was back in 1972.

Australia have been immaculate on their way to the final, and their 54-6 thrashing of Fiji in the semi-final only underlined their tag as favourites.

And England’s Australian coach Wayne Bennett, who only just saw his side narrowly overcome Tonga, admits the Kangaroos are firm favourites.

“We’ve got a special group of men here who have worked hard for one another and have been rewarded with a place in the final,” Bennett said.

“Our efforts in defence against Tonga showed me how much they wanted to be here in this final week. The desire and commitment was clear to see.

“Australia are unbeaten in this tournament and it’s no secret that they are going into this game as favourites. They’re playing some good football at the moment.”

“This is the culmination of a lot of hard work and I am proud of the efforts of the entire squad leading into the World Cup Final,” Meninga said.

“It has helped significantly to have an unchanged line-up over the quarter final and semi final stages as we look to build into the Final.

“This will be an enormous occasion for the game and for these players and I’m sure they will all do their country proud on Saturday night.”

Expect the misery Down Under to continue. After the highly likely first Ashes test match defeat, England are rank outsiders at 11/2 to win the  rugby league world cup with Australia 1/9.

The Aussies have been odds on since the tournament began and no wonder. As they brush aside all opposition, England have toiled to victory…and almost lost it by taking the foot off the gas v Tonga in Saturday’s semi-final. Thankfully James Roby is a ready made replacement for injured hooker Josh Hodgson.

Expect a home win by at least 16 points. Arguably the player of the competition Huddersfield’s flying winger Jermaine McGillivray is 9/1 at Betfred to score first in the final – just like he did in the semi.