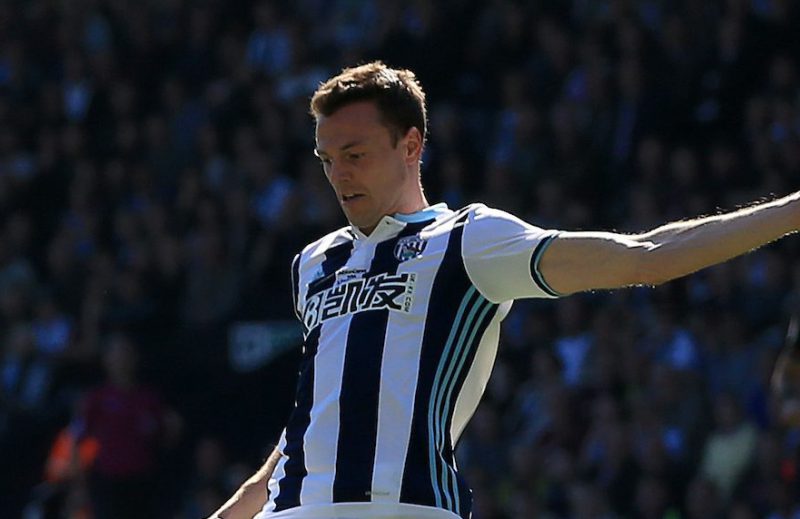 West Bromwich Albion are gearing up to lose their battle to hang onto Jonny Evans in January.

The Northern Irish star was targeted by a number of clubs in the summer but West Brom stood firm with a valuation of more than £30million on the centre-half.

Evans has 18-months left on his current deal, but has rebuffed advances from West Brom to sign a new deal – but they are set to make him a new offer, the largest in their history.

However, Evans is aware that City – who lead the chase for him in the summer, Arsenal, Everton and former club Manchester United, are all hovering and could be ready to make bids next month.

With the chance to move back to the top-six, sources have told me that Evans is keen to see what comes in January, making a new deal unlikely at this stage.

West Brom are also looking at alternatives for Evans and sources close to the club believe they make a new bid for Middlesbrough’s Ben Gibson, whilst also keeping close tabs on Brighton’s Lewis Dunk and Ben Mee of Burnley.

Bookmakers certainly believe there is a chance that Evans could return to United, as they are favourites to land him – with BetVictor putting them as 3/1 favourites.

Michael Triffitt, BetVictor’s Head of ante post Football told us: “Manchester United have been introduced as new favourites at 3/1 to resign former defender Jonny Evans whom they sold to West Brom.

“With Eric Bailly likely to miss the rest of the season, The Red Devils are looking to strengthen at centre back and with Evans continuing to impress for club and country he is now on their radar. Evans left Old Trafford after falling out of favour with former boss Louis Van Gaal but Jose Mourinho now wants the player back north in Manchester. However across the city champions elect Manchester City are also on the lookout for defensive cover and would love nothing better than to scupper their rivals.

“The Citizens are 5/1 to secure the player in the January transfer window. Many other clubs remain linked and it would seem the Baggies have a job to keep the player at the Hawthorns although talk of a 30 million price tag would certainly soften the blow.”