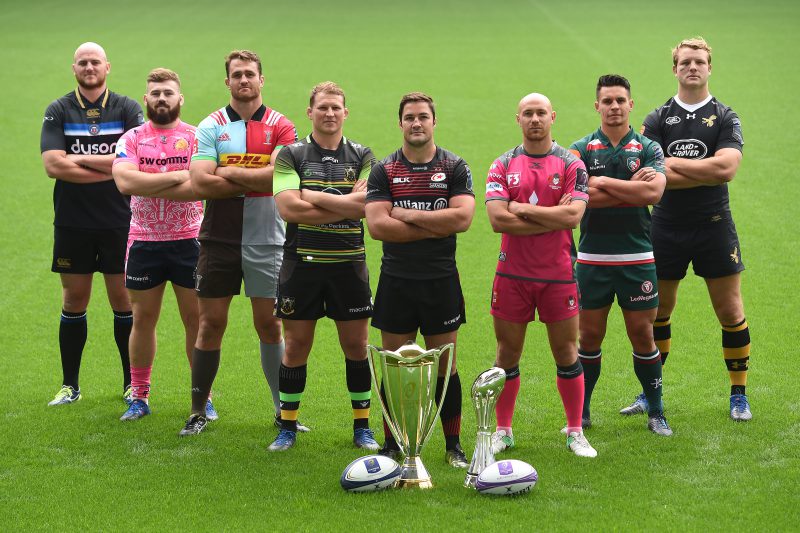 As the kids head back to school, rugby heads back to the continent with a crucial round of Champions Cup ahead.

With places in the quarter-final stages up for grabs, clubs still in the running will be desperate to seal knockout rugby as soon as possible.

Bath head into the penultimate round of the group stages with a slender advantage as the fierce fight for quarter-final spots heats up with Scarlets visiting the Recreation Ground on Saturday.

Scarlets are currently third in pool and face three-times winners Toulon in Round 6, who are just one point behind current leaders Bath, who could – and should – extend their advantage at the summit.

Ulster will look to usurp French rivals La Rochelle and move top of the pool on Saturday as the Irish region Welcome the top placed side to Ravenhill.

Just two points separate the clubs ahead of the weekend’s showdown, but victory for the hosts would see them take control at a crucial stage after La Rochelle’s early runaway lead.

Exeter Chiefs and Montpellier lock horns at Sandy Park on Saturday with both sides aiming to shrink Leinster’s sizeable lead at the helm of Pool 3.

Current Aviva Premiership champions Exeter are nine adrift with two rounds to play, while Montpellier are just five behind, meaning a win for the French side away from home could put some pressure on the Irish province when they face Glasgow Warriors on Sunday.

In lone all-Premiership affair of the weekend, Harlequins host former London rivals Wasps at the Twickenham Stoop on Saturday afternoon, with little to play for but pride for the hosts.

Harlequins are searching for their first win of the European campaign, having lost four from four, while Wasps could conceiving push on towards Pool 1 leaders La Rochelle, who are now just five points ahead.

Clermont Auvergne will seek to extend their hex on Pool 2 in the Champions Cup when they travel to Franklin’s Gardens to face winless Northampton Saints.

Saints have just a solitary point to their name on the continent from a disappointing campaign, while victory on Saturday would see Clermont secure a quarter-final berth should Saracens overcome Ospreys in Wales.

Saracens’ uphill struggle to make the latter stages of European action continues on Saturday evening as they visit the Liberty Stadium to take on Ospreys.

Reigning kings of Europe Sarries enter Round 5 seven points adrift of pool leaders Clermont Auvergne, but can apply the pressure with fixtures against Ospreys and Northampton Saints the more favourable final two of all.

Leinster are a club with a wealth of European pedigree and they could once again move into the knockout stages with victory over Glasgow Warriors when they lock horns at the RDS in Dublin on Sunday.

Currently five points clear at the Pool 3 summit, only a bonus-point win from Montpellier could stop them from securing a last eight spot early, while Glasgow Warriors are yet to register a success in Europe this term.

Three-times European champions RC Toulon will look to move back to the top of Pool 5 in Champions Cup on Sunday when they take on bottom side Benetton Rugby.

RC Toulon are second on points difference to Bath in the closest pool of all, as Scarlets are just one point behind with 12, meaning a bonus-point victory is a must for RC Toulon, especially if Bath knock Scarlets out of the running in their Friday night lights clash

Munster will look to wrap up Pool 4 in the Champions Cup on Sunday, but a tough trip to Top 14 giants Racing 92 stands in the way of them and early progression

Racing 92 are currently second in the standings, four points adrift of Munster, but the Irish province did grind out an impressive win against the French side in the reverse fixtures at Thomond Park, but playing away from home could be a totally different ball game.

Sunday’s final fixture in Round 5 of the Champions Cup sees Castres Olympique welcome Leicester Tigers to France as third plays fourth in Pool 4, with conceivably a chance for both sides still to push for the knockout stages.

Fourth-placed Leicester are just nine points adrift of leaders Munster with 10 points still up for grabs, while the French side are one ahead with seven to their name, albeit a victory for Irish province Munster earlier in the day could crush all hopes.