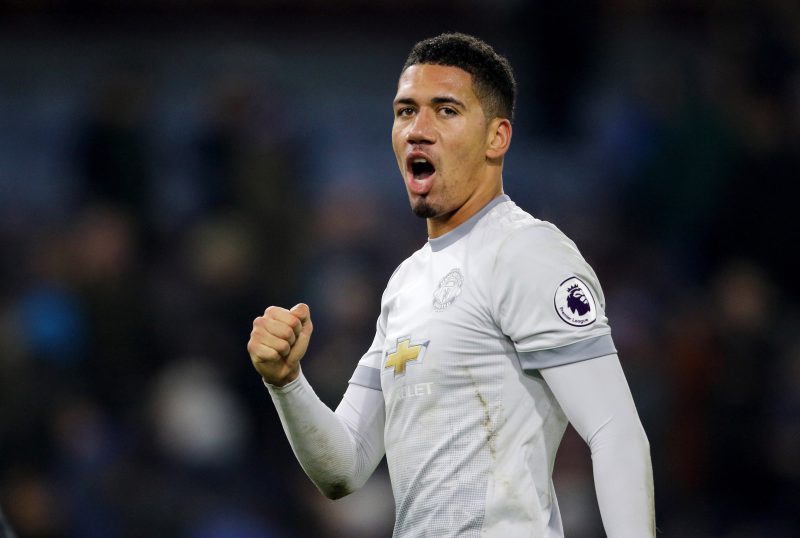 Arsene Wenger is keen to add a central defender to his ranks and they have been looking at West Brom star Jonny Evans.

Wenger is hoping to land Evans, but he fears missing out on the Northern Ireland international, and is making alternative plans.

Manchester City are leading the race for 30-year-old Evans – who is understood to be keen to return to Manchester, having come through the ranks at neighbours Uniited.

They are now back on Smalling’s trail, and Wenger believes United will be willing to do business following the conclusion of the deals for Alexis Sanchez and Henrikh Mkhitaryan.

28-year-old Smalling is no longer first choice, with Jose Mourinho preferring Phil Jones and Eric Bailly – although injuries to the Ivorian have seen him limited to less than ten-games this season.

Arsenal have asked United whether they would let Smalling leave, and although they would be open to the idea- they do have concerns over Bailly’s fitness as he not due to return from his latest set-back until February.

Wenger asked for Smalling as United and Arsenal were holding talks over Sanchez Henrikh Mkhitaryan, and now those two deals are signed off – he could return with a solid offer, if as expected Evans goes to City.

Bookmakers are firmly of the belief that Evans will end up with City and BetVictor list him at 2/5, with Arsenal 11/4.

Arsenal are the favourites to land Smalling, should be leave, and are priced at 8/1 to secure his signature.

Evans to move in January

Smalling to move in January