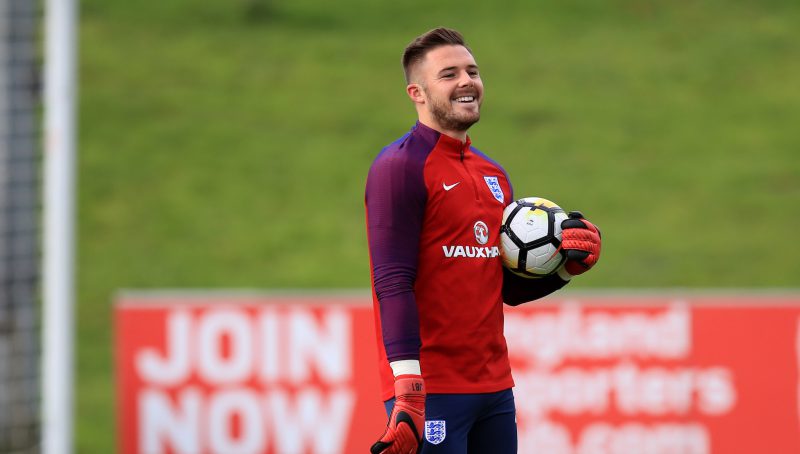 Jack Butland is set to leave Stoke City this summer, and a number of clubs are already jostling to land the England international – who is set to become the most expensive goalkeeper in history.

Butland, who is hoping to be England’s number one at the World Cup this summer, is set for a summer switch after making it known he wants to leave the Potters after this season has finished.

The 24-year-old is happy at Stoke, but with the likes of Liverpool, Arsenal and Chelsea set to battle for his signature – he clearly feels the time is now right.

Butland is tied to Stoke for another three-years, but City have also accepted that Butland is set to leave the club but they will be wanting in excess of £40million – making him the most expensive goalkeeper ever, surpassing the near £35million that Mancheester City paid for Brazilian Ederson last summer.

Liverpool are very much in the hunt, as it now seems Jurgen Klopp has accepted that a new goalkeeper is needed to take them to the next level, and they have been strongly linked with Brazilian Alisson – but I understand Butland is someone they like a lot.

Liverpool, though, are not the only interested party and sources believe that Arsenal could yet compete for his signature given Petr Cech at 35, clearly does not have too long left at the top.

Chelsea are keeping tabs on the situation, knowing their number one Thibaout Courtois only has 18-months left on his current deal and is very much on Real Madrid’s radar.