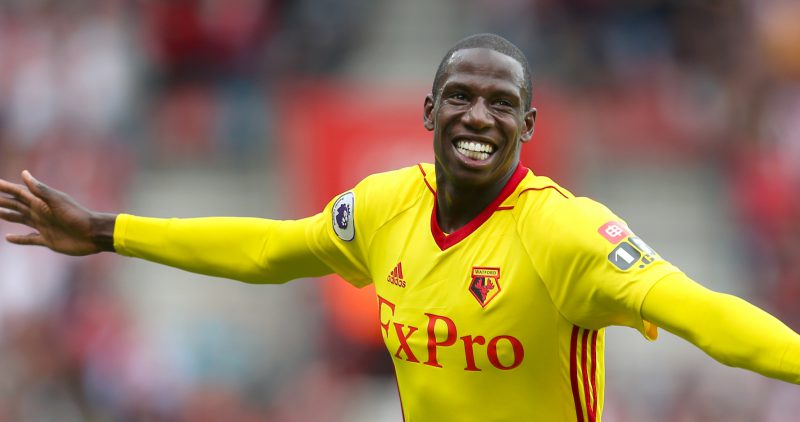 Arsenal are leading the chase for Watford midfielder Abdoulaye Doucoure.

The 26-year-old former Rennes star has been with The Hornets since 2016, and has impressed at Vicarage Road.

A number of clubs are now showing an interest, but sources close to the player believe that Arsenal are leading the chase.

And Doucoure himself has told French TV that Arsenal, Tottenham and Liverpool are all keen on landing him.

French channel Telefoot asked him if he was aware of the interest from Arsenal, Liverpool and Tottenham and he replied: “It’s true that these clubs are interested in me. But I am at Watford and my focus is on finishing the season well and to maintain their Premier League status.

“After, when the club and I make the decision to make the next step, then that will have to be agreed but, for now, I am focused on Watford.”

Bookmakers believe at the moment it is a North London battle, with BetVictor making Arsenal and Tottenham 4/1 to land him this summer.